Quick quiz: pick the answer below that definitely illustrates how to tell if a guy is flirting with you:

All of these can feel like flirting, but only one of them definitely is.

It can be hard to tell sometimes.

Cosmo and other sites like to give you advice that makes it seem like flirting is always obvious, but the truth is… 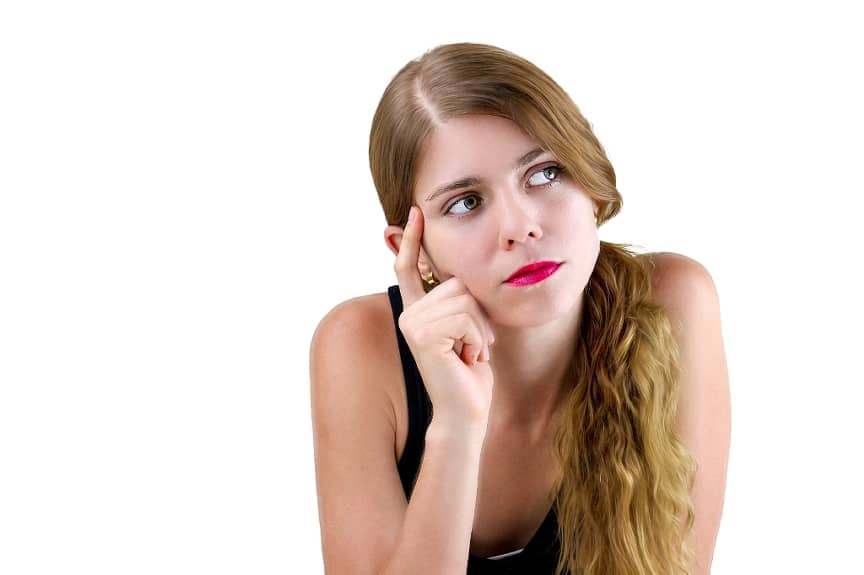 Is he flirting…or just being nice?

And for you, whether you’re a dating pro or are getting back into it after a divorce or long relationship, it can be intimidating to try and read a guy’s mind to figure out if he is flirting with you.

I know women who have misread the signs that a guy is flirting with them. They asked for the guy’s number or asked him out…

Only to find out he was just being friendly. He wasn’t interested.

It’s my goal with this video and this article to keep you from making a fool of yourself. I want to show you how to tell if a guy is flirting with you so that you can be confident in his interest and make your next move accordingly.

Watch this video to find out how to tell if a guy is flirting with you (and not just being nice). I give you three clear indicators that he’s into you and showing you in his (sometimes subtle) way.

When you can pick up the signs that he’s flirting, you’ll have the confidence to flirt back…

… and from there you’re off to the races.

P.S. The answer was B. Did you get it right?

We focus so much on finding “The One,” but we don’t really talk about how incredibly difficult it is to do that.

Well, actually, mathematicians at the University of Bath, along with the help of celebrity mathematician Rachel Riley, calculated exactly that. Using 18 key factors, they determined that people — in the UK, anyway — have exactly a 1 in 562 chance of finding love.

Well…at least it’s not 1 in a million, but still.

You see the odds. Not exactly in your favor.

So in addition to you wanting to find lasting love, you have to first find a guy who is interested in you.

You meet a guy at a party and you have a great conversation. You’re sure he’s flirting…until his husband walks up and introduces himself.

You go on a date with a man you met on a dating site. The conversation is flowing. Things are going well. You just hug goodbye at the end of the date, but you’re hopeful.

Then you never hear from him again.

There are dozens of examples like this…and I’m sure you could contribute your own (feel free to do so in the comments).

Why do women have such trouble assessing if a man is flirting with them?

Well, you know me. I’ve got a scientific answer to the question, of course!

… while women tend to under-perceive sexual interest from men.

So already, we see that you’re probably not picking up on whether a guy is flirting with you or not because you’re not built to be able to assess that properly.

Your “flirt-dar” may be broken or out of tune.

This is why a lot of women ask me if I can help them figure out, “Is he flirting with me?”

Yes, I can. So let’s dive in because I desperately want to help you know how to tell if a guy is flirting with you…and not just being friendly or polite.

1. If You Think a Guy’s Flirting, Then He’s Probably Flirting Find out how to tell if a guy is flirting with you.

When you’re getting out there, meeting new people, and starting to date again,  it’s important to start listening to your gut more to know if a guy is flirting with you.

But I know. Especially if you’ve been hurt before, you may find it hard to listen to your instinct, to believe it when it tells you something.

Your brain will play tricks on you.

It has a way of inserting your insecurities into a situation that shouldn’t be there. It may tell you things like:

I’m not his type.

Flirting? With me?? You’re crazy.

Actually…before we go on, let’s address that jerky Inner Critic that’s always saying negative things to you. Let’s call her Christina Critic, shall we?

Christina tells you you’re fat when you try on a swimsuit at the store.

She tells you that your divorce was all your fault.

She tells you that you’re not worthy of love.

And she’s definitely laughing in your ear at the thought that this guy could be flirting with you.

Does Christina do you any good?

So do something for me, please. Every time Christina whispers something nasty in your ear, first acknowledge it. Then tell her she’s wrong.

Christina: He doesn’t like you. He’s just being nice.

You: I hear and acknowledge you, Christina…but shut the eff up!!

Know that Christina speaks from the fear portion of your brain. She’s desperately trying to keep the status quo because if things change, you might start getting too much confidence and realizing that you don’t need her.

Then she’d be out of a job.

Wanna Know How to Tell if a Guy is Flirting With You? Listen to Your Gut.

So let’s put Christina out of a job, shall we? You don’t need her.

The next time you meet someone and you get that feeling that he’s flirting with you, it’s probably true.

If you’re unsure, by all means, don’t act on it yet. Let the evidence that he’s into you mount.

But look at what he sees. You are attractive, kind, funny, and a spitfire. Be confident that he would want a woman like you, and don’t doubt yourself. Leave the Inner Critic at home.

Exuding confidence will make him all the more eager to get your phone number.

2. He Compliments You on Something Physical If he compliments you, he’s probably flirting.

This might be tough advice for some of you women to stomach, but it’s true.

Men are almost always initially drawn to a woman physically.

Then, as time goes on, the emotional attraction develops and they decide that we want something more than just sex.

But before you chalk it up to men being disgusting pigs, understand the science behind physical attraction. For decades, scientists have been trying to understand and explain why it matters so much in dating and mating.

And while at first glance, men put more value on physical looks, it turns out that both men and women equally find it important — more important, in fact, than other factors like education, intelligence, and personality.

Wait, what? Adam, are you calling me shallow?

Hear me out. Humans associate positive qualities with physical attractiveness. Not only does this go back to the whole caveman time when a cute cavelady probably would bear strong, attractive, and healthy cavebabies, but subconsciously, attractive people make us feel like they’re happier and more successful than less attractive people.

And you can’t deny that if you’ve ever been on dating apps, you aren’t completely judging dudes based on their profile pics! Sure, you may also read what they’ve written (if they bothered to fill out the information at all), but your first impression is a physical one.

So don’t be offended when he compliments your looks. This is a sign that a guy is flirting with you. Just because he finds you a good genetic vessel for potential offspring is no reason to be put off!

Wanna Know How to Tell if a Guy is Flirting With You? He’s Paying Attention to You

What his compliments should tell you is that he’s looking at you. You dressed up for your first date, so don’t brush off his compliment that you look amazing.

He’s flirting with you, silly.

He’s showing his appreciation for the work you put into looking nice for him. He does not want to be just friends. Take the compliment and be happy that this guy is flirting with you!

3. He Acts Nervous or Awkward When He’s Talking to You 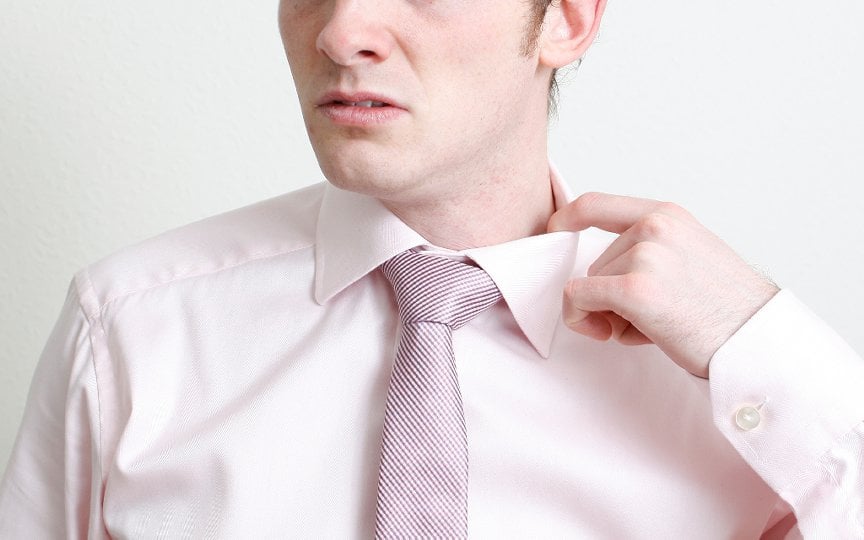 If he acts nervous, it’s because he likes you!

I think a lot of women give men way too much credit when it comes to flirting.

Most guys suck at flirting.

If you’ve ever heard a cheesy pickup line, you know this to be true.

And when we do it, we usually fumble around a lot, especially when we really like you.

It’s frustrating because so much dating advice out there for women assumes that men are actually good at flirting.

I hear so many dating experts say things like, “If he likes you, he’ll confidently approach you, lightly touch your hair, and ask you out as if you were the only woman in the room.”

[Excuse me while I laugh.]

But the reality is, 90% of guys are not that smooth. Hell, I’m not this smooth, and I talk about this stuff day in and day out!

Rather than this Rico Suave approach, you should expect him to act more awkward and bumbling. Kinda like you feel inside when you’re around him. But of course, you hide it much better than he is able to.

If a guy is just being friendly, he’s not going to be nervous or fumbling around. He may smile politely and make conversation, but if you pay attention, you can tell that he’s not invested in the conversation the way a man who likes you would be.

Can you tell the difference?

Wanna Know How to Tell if a Guy is Flirting With You? Check His Sweaty Palms

If a guy is flirting with you, he’ll usually fumble with his words. He’ll say foot-in-mouth things that you can tell he regrets when he silently groans to himself. He’ll tell dumb jokes that leave you confused.

And that’s okay. It’s all about finding someone who’s just as weird and unusual as you. Trust your gut when it comes to knowing he likes you.

I hope after viewing the video and reading this article that you feel a little better equipped to know how to tell if a guy is flirting with you and not just being nice.

I hope you’ve let that gut instinct kick in a little bit so that you can pick up on his subtle efforts to impress you.

I hope you’ve kicked Christina Critic to the curb, and have replaced her with a positive voice that supports you in everything you do.

We don’t deliver the signals that romantic movies have told you are signs that he’s flirting…but those aren’t reality anyway.

What is real is how he makes you feel. How you laugh together. How your eyes connect, and that magical spark happens.

So go out and start flirting more. Be confident that he’s flirting back, and just see what happens.

Do you have a funny story about a man flirting? Comment below to share with this amazing community. 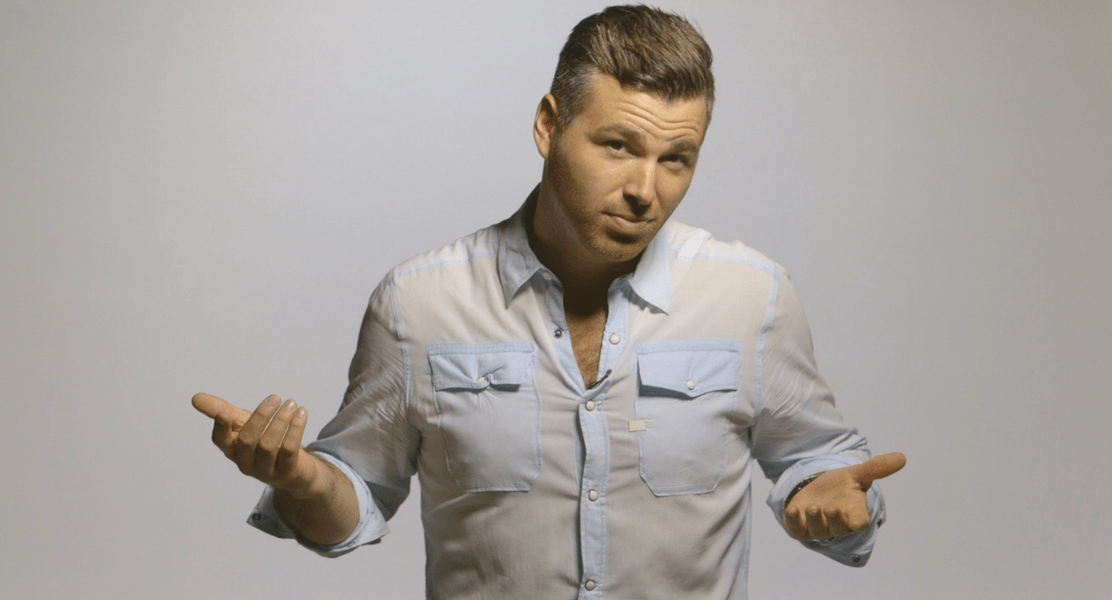 I definitely appreciate this video 🙂 thanks for sharing. I love psychology….. it’s something I can’t get enough of 🙂