What Men Really Want in Bed: 6 Things Men Secretly Want You to Do 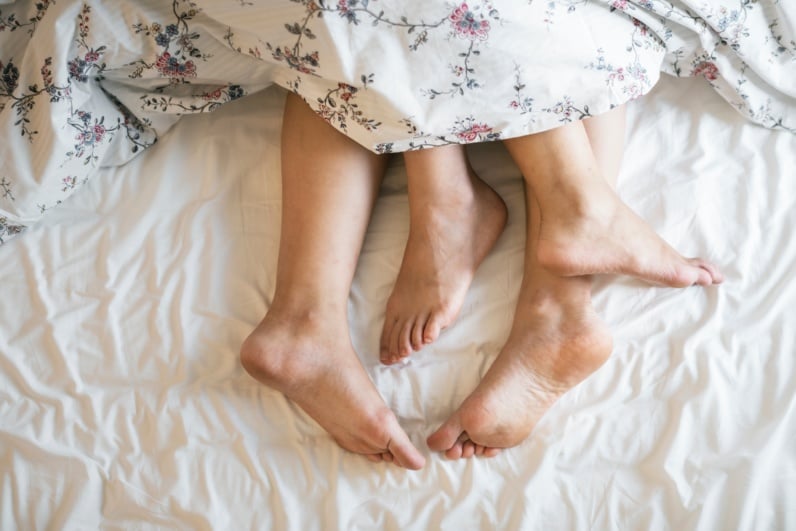 Ah yes, the bedroom, where you really learn the inner depths of how kinky and weird a person really is…as well as what men really want in bed.

This video and article are all about SEX. I don’t usually talk about sex a ton on the Sexy Confidence blog, but you ladies have been asking for me to, and I want to help you create the love life you’ve always dreamed of…and of course it involves sex!

So let me reveal what men really want in bed and hope that I don’t get my Man Card revoked for sharing these secrets!

P.S. One thing men love about sex doesn’t actually happen in the bedroom at all. It happens on your phone. Get actual sexy texts you can send TODAY to ignite a fire in your man. Download the Love Texting Report here.

When you read about what men really want in bed, some things you will already know…and some things may come as a complete shock to you. Whatever your reaction, know that, with this newfound knowledge, you can give your guy exactly what he wants…even if he’s never told you directly.

Most men want sex more than you do. That may not come as much of a surprise to most of you.

In a Men’s Health survey of  6,700 men and women, researchers found that one-third of the women were having sex at least two or three times a week, and, round of applause, 71% said they were either “thrilled” or “satisfied” with their sex lives.

Men, however, getting busy at exactly the same rate as women, but only 51% were thrilled or satisfied. Why weren’t they as happy? It might be because they didn’t feel good about their bodies in the bedroom, but it may also be because they were not getting as much sex as they wanted.

If you want to keep your man interested, try increasing how much sex you have. I promise you: it won’t be a hardship for you because you’ll totally enjoy physically and emotionally engaging with this guy you’re into.

2. He Wants Affection in Bed

You might think that wanting to cuddle and be close to your partner is a female-only thing, but that’s just a stereotype. Men, just like you, want to kiss, cuddle, and say sweet things during sex.

In fact, science shows that both men and women find that romantic and affectionate behaviors are the most appealing to partners.

I like to cuddle. I’ll admit it. And although a man may never write it in his Tinder profile, your guy probably loves to cuddle too.

So don’t assume that you’re putting him off by being affectionate in the bedroom. Bask in that afterglow with him and let that time emotionally cement you two together.

Before you start spreading the rumor that all men just want casual sex, let me share some research with you. In the National Survey of Sexual Health and Behavior, researchers found that men enjoyed sex more when they were in a ip.

Men who have sex with a relationship partner are more aroused, have greater orgasms, and have fewer issues…ahem…getting it up than men who have casual sexual encounters.

So if you’re in the early stages of dating, don’t feel like if you have sex with a man, he won’t commit to you. That might be all the more appeal to draw him to you: sex with someone that he can fall for and build a relationship with!

4. He Wants to Cut to the Chase

Men tend to move faster than women when it comes to dancing around having sex.

You’ve probably experienced this firsthand: you’re dating someone who you think you’d like to have sex with, but you’re trying to slow things down:

You: “So let’s light the candles, turn the music on, maybe take a bubble bath together…then we can make slow lurrrve.”

On the other hand, the guy is ready to get to the good stuff:

Man: “Yeah…or we skip all of that and just have sex!

Over the years, I have realized that women tend to focus on the romantic, emotional side of sex, whereas men just want to make it happen.

So what can you do about what men really want in bed when it comes to rushing the process? Try to find a balance. Give him the reassurance of knowing that you’re a sure thing…but let him know you’re worth waiting for. That will only make his anticipation build, and when you finally do have sex, it will be mind-blowing!

5. He Wants to Know What You Want

Sadly, we have been programmed to be embarrassed to talk about sex, about the things we want or don’t want in the bedroom. A ton of people are shy about expressing what they want sexually, but I encourage you to find your voice because that’s when sex gets truly amazing.

Don’t be shy in telling him what turns you on, what you like, what you want. And on the same token, be inquisitive to find out what arouses him. What does he really want in bed? How can you increase his pleasure?

Knowing what one another wants sexually makes for beautiful emotional and physical intimacy. When you’re with someone that you trust enough to open up about what you want, you create a deep emotional connection.

If you’re not comfortable having a sitdown conversation about this, just tell him you like what he’s doing the moment. If you want him to do something differently, tell him or direct him to something you prefer more.

6. He Wants You to Have an Orgasm

This man wants you to have an orgasm, trust me. Contrary to popular belief, most men aren’t into sex just for their own pleasure. Helping a woman orgasm can be arousing on its own and can make him feel like a burly man’s man.

My advice? Let him! Help him help you. Part of that starts with you communicating your wants. But as you become more comfortable around your partner, you should find it easier to enjoy sex more and more, and hopefully orgasm over and over.

Let him know when you do have an orgasm (or 10!). Not every man can tell when a woman has an orgasm, so he may need a little reassurance that he did well. Trust me: he’ll light up with pride when you tell him.

Now that you know more about what men really want in bed, tell our Sexy Confidence community what you’re going to try next! We’re all friends here. Leave a comment below.

I hope that this sexy topic helps you give your man what he wants and that it helps you strengthen your connection.

Build that anticipation (and make him wait just a little bit) by sending him sexy texts before you do the deed. Download my free Love Texting Report to get ideas you can use for your own texts! 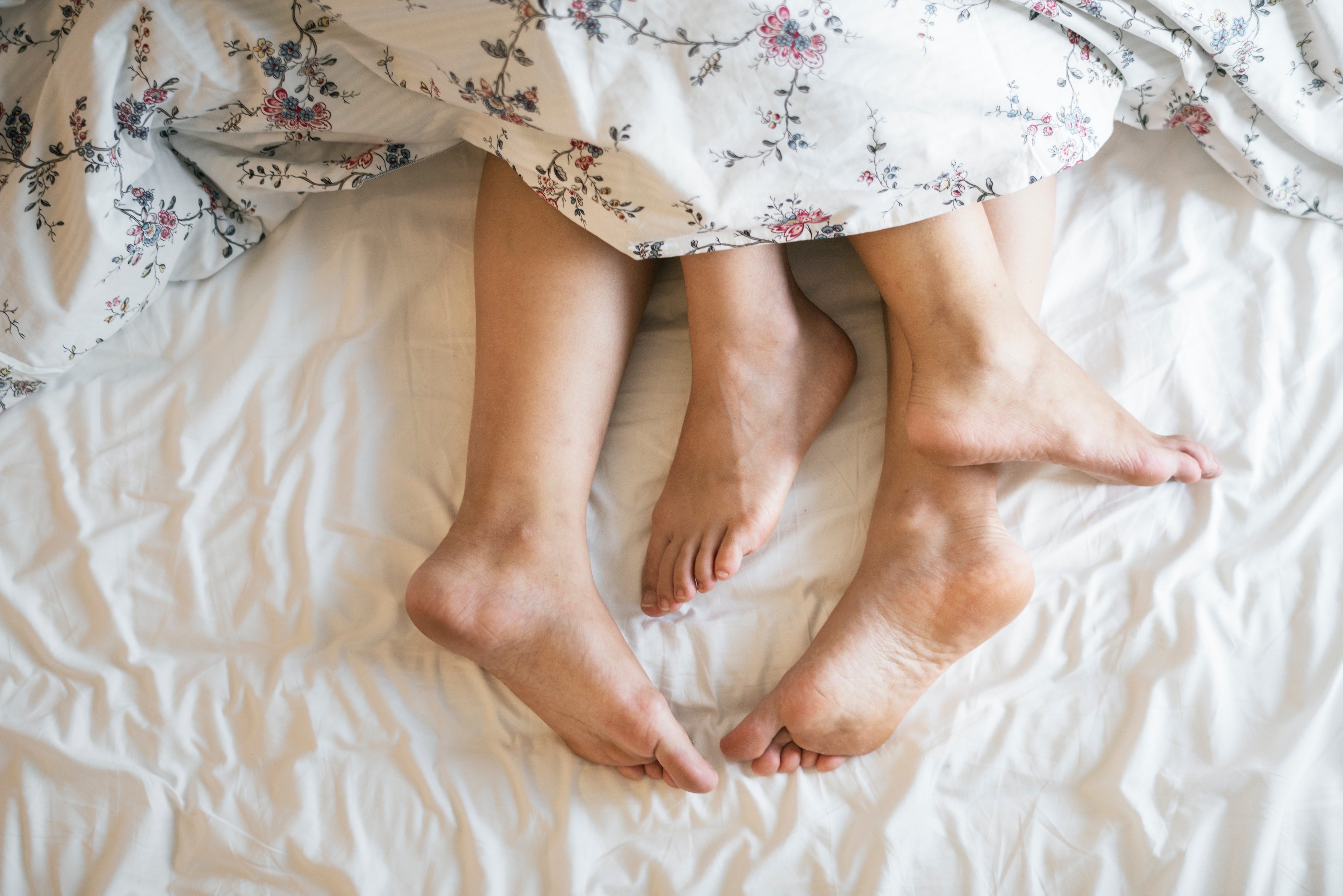 I am a woman in my 40s and I have discovered more about my sexuality these past few months, having been with younger men (guys from different countries in their 20s or 30s). I am much more confident telling them what I like in bed and asking them what they like too. Sex has become more fun and hot because of it! Different men have different needs and wants. One guy I met with recently, loved having his hair played with so much, that he moaned and groaned throughout the whole experience! It is also a great experience to cuddle… Read more »

Ok i think I knew a few of these points . What I didn’t know is that they want affection. Good to know Adam. Thank you very much, but I’m still lonely .

Thank you for the heads-up!!

I am a woman who wants sex as much as he does. A lot of times I want to be in control of our sexual evening.

I enjoy having sex as much as my man does and I am all about telling him what I want and what I want to do to him. I want to know what turns him on.
I knew about the cuddling because he talks about cuddling and cuddles more than I do.

Thanks Adam for the extra tips.

Attached has just arrived in my inbox…timely that this e-mail also popped up!
Coach..I’m thinking men and women really do want the same things…they just communicate it a little differently….

I’ll comment more after I pick up this book….r

I really like tell of a story.it has taught more than i was expecting

I felt this was spot on for how men feel when they are with a woman that they have true feelings for! Now I have been that guy in the past that was only with the girl to “get mine” but in every relationship that I cared for the woman as more than a sexual partner, I did everything to bring them pleasure over my own. One of my favorite things to do, is watching her get ready in the morning and basking in her natural beauty as she masks it with make-up and clothes.

New here and am in a distanec relationship……

He wants you to look up at him while you are kissing, caressing and loving up on his **** and he loves it when you drool on it. He loves when you look deeply into his eyes without having to say a word and grab him hard and pull him into you. He loves it when you become still and relax in between, while touching his skin and running your fingers through his hair and when you lightly touch and massage places you don’t think you should go. THAT is what he likes. (and a lot of it) A climax… Read more »

I have known and worked with this person for many years. Never knew he had a “thing” for me. He is married now ( just got hitched ) . I always thought “gosh I wish things were different ” but I never said a word to anyone., Then one day out of the blue he messaged me and just started expressing about his wife and how he was not getting his sexual needs. He stated he was a very sexual person, etc. I told him I know how he felt. Then we started sexting in a very cute way, then… Read more »

my boobs are huge

27 Undeniable Signs That He Likes You (#7 Says It All)