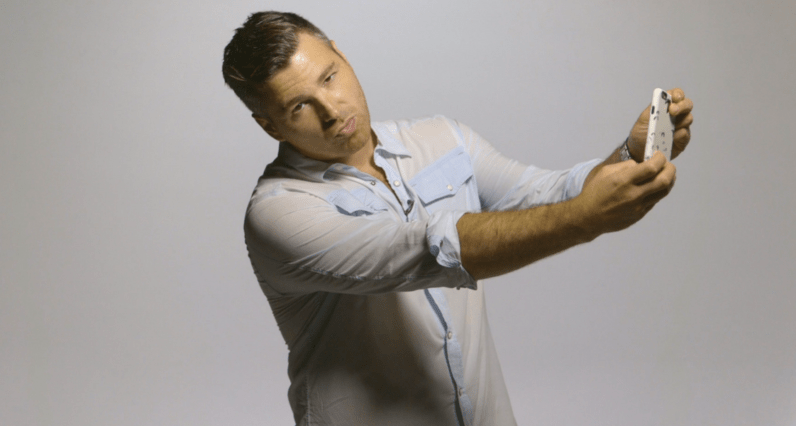 The line between narcissism and confidence is often a thin one.

On the outside, they can look the same…

… especially when you’re just getting to know a guy.

And this is a problem…

… because if you’re dating a narcissist, you’re in for a rollercoaster of emotions…

… that rarely ends in happily ever after.

To find out if you’re dating a narcissist, check out this video before it’s too late.

… something that felt off or even a little scary…

… you need to check out this video.

But figuring out the difference is huge.

Statistically, men are much more likely to be narcissists than women, so you need to be on the lookout, because you want to stay far away from a narcissist…

… which is easier said than done, because narcissism often looks like high-self esteem…

… and you’re probably attracted to confident men with high self-esteem.

Some women are even married to a narcissist without knowing.

Let me clarify the key differences so you don’t fall into this trap.

Narcissists feel superior to others, but don’t necessarily like themselves.

How they feel about about themselves tends to be entirely based on the opinions of others, hence, the selfies.

Whereas, people with high self-esteem tend not to feel superior to others, and generally accept themselves regardless of what other people think of them.

Here are 5 signs you’re dating a narcissist. (Note: just because he has one of these signs doesn’t mean he’s a narcissist. If you’re seeing three, four, or five, then it’s definitely possible.)

1. He Loves to Talk About Himself

If every conversation revolves around him – I, me, my, rather than you – then there is a problem.

It’ll almost feel like he’s bragging about the things that he’s done just for your validation.

Then, when you won’t give him validation…

2. He Doesn’t Care About Your Opinion Unless You Agree With Him

He doesn’t want to hear your feelings, because he doesn’t care about them.

He only cares about you caring about his feelings.

He’ll dismiss you and maybe even make you feel stupid at times, especially if you embarrass him.

3. He Expects You to Cater to His Needs Without Him Needing to Reciprocate at All

The dude is entitled to you doing his laundry, because he seems to think that his dirty laundry smells like fresh baked cookies from the oven…

… even though he knows, deep down inside, it still smells like shit.

He’s certainly never going to do your laundry for you.

4. He is Very, Very, Charming When He Wants Something From You

Sadly, once he does get whatever it is that he wants, he’ll drop you like a bad habit.

This doesn’t make sense, because you, my sexy lady, are a damn good habit that should be held, cuddled, and loved.

If he does drop you, then consider it a blessing.

5. He Feeds Off of Spreading Negative Emotions to Others and Tends to Be Emotionally Abusive

This is because he has such a fragile ego that he’s willing to put you down to make himself feel better.

Did you just get a promotion at work?

He’ll tell you that you didn’t deserve it, because inside, he’s pissed that he didn’t get that promotion.

Have you ever dated a narcissist? Leave your story in the comments below. 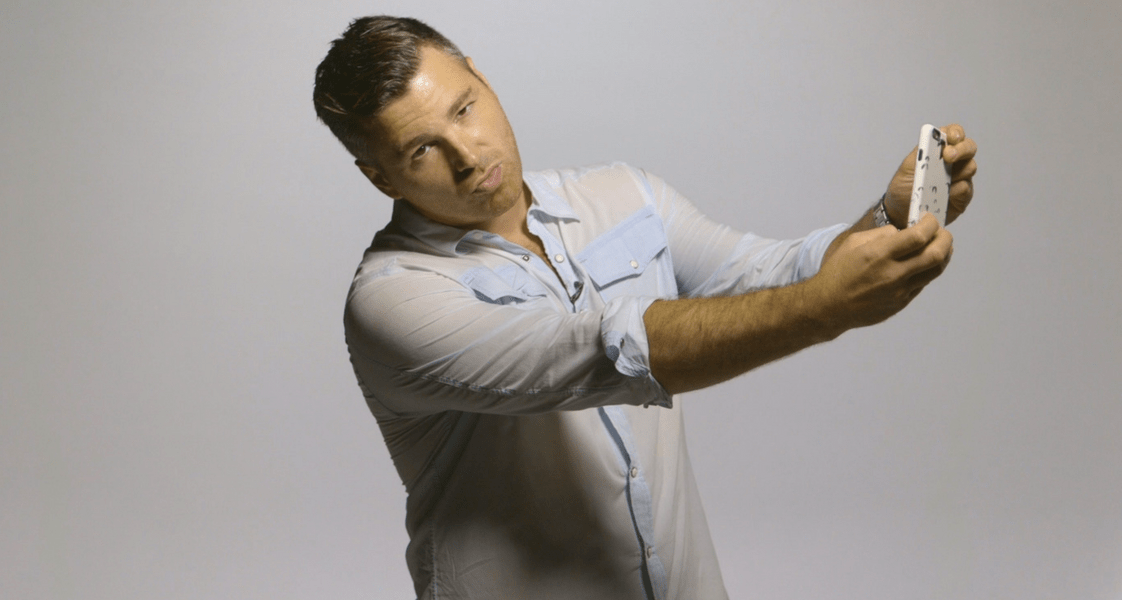 I spent 10 years with a narcissist and this advice is spot on. I was always scrambling to, but never found a happy medium and I guess that was the most telling part of the relationship.

And I just left him.

Very informative. I fear I am in a relationship just like you subscribed!

I gained much insight from video.

I married one…and didn’t even know, just like the video/article says. I suspected it about 10yrs ago when I finally left him, but it wasn’t confirmed until just a few months ago (after an incident with our daughter & the police). These “signs” are spot on! Wish they were around 18yrs ago!!!

I was married to one. Was fooled for a long time. U can for sure tell they are one if there is no empathy or remorse when they hurt you. Love bombing in the beginning of a relationship is usually a sign too. Important topic to cover, Adam!

Jackie, I wish I could talk with you…the no remorse no empathy part…..I relate to that so much. My ex fiance broke up with me in horrible, shocking, and extremely hurtful disrespectful way. We were supposed to be married and he basically ran me through a cheese grater, totally disrespecting my value as a person and my feelings after dating for 5 years. I remember thinking omg…this guy actually does not say “I’m sorry” unless he is saying it while standing in front of a room of 20 employees who he is in charge of and he appears to be… Read more »

I was married to a narcissist for 34 years! I didn’t know it! Narcissists are very good at catching the most kind, caring, partners. While his lying made my life miserable, I had two children to raise and successfully did so. My narcissist is (as the divorce judge stated) a “confidence man”. He tricked me into signing documents and he tricked notaries into notarizing my signatures. (He’s in real estate.) He borrowed a fortune and then took my inheritance (little by little) to pay his debts. I found out and dumped him as quickly as I could–in the court system,… Read more »

Everyone loves my (narcissistic) husband. He’s the hero in their eyes – always helping them out when needed…being incredibly charming – my daughter at 8yrs old asked me once, “Mommy, how come dad is so nice to everyone else and not to us?” Wow!!! He has manipulated me into giving all my investments to him little by little to pay off past debts – until I now have nothing except what I’ve worked on building back up without his knowledge! I’m working on getting out of that relationship – with 3 girls (one with special needs) it’s been a very… Read more »

I went no contact 2 months ago from a narcissist not just from his abuse but also his family. Thank the heavens I didn’t marry him, I probably wouldn’t be alive today.

I have just begun my recovery from narcissistic abuse….

Hi…i know this lady in my opinion she is with a narcissistic…this is what happen cut a long story shot..every thing was fine a t the begining of tbe relationship so it seemed ..she found out that he was cheating on her..she thought she had found the one…well they separated for about 5 weeks then got back together ..then 6mths later they got engaged….next …on new years day morning anout 1pm they are yelling and scream at each other over this so call old girlfriend that he was cheating with…he lashed out and hit her she call the police ..before… Read more »

Sadly, I am married to one (for almost 18 yrs now!) and everything that you have summarized above is absolutely TRUE!!! If you are dating one – RUN and RUN fast!! I am trying to break away from this one & it’s very difficult!!!

I am a narcissist and I am in a very bad relationship of myself and I can’t leave myself and I don’t change neigher. Anyway be careful with the people like me and particularly with me
🙁

I dated one for 14mths. Divorcée with two kids. He cheated on me with a girl twenty years his junior. We broke up and he came back but now I know only because he needed my help with a project he was handling. Then he went to visit his kids and went no contact with me for three weeks. Comes back like everything is normal, no apology etc. I eventually found out he was sleeping with his ex wife on the trip and for me that was the final straw. He exhibited all the traits mentioned above and then some.… Read more »

Yes, you are right. This is the simplified version, as they are more complex. I was married to one for 19 years, 25 years together. He was controlling, verbaly and mentaly abussive, would punish me if i would not comply with his rules, it was hell. After all the abuse and cheating and always blaming me for every stupid thing he did, as they would never acknoledge that they made a mistake, i had to cut my losses. If i knew what he is a nercissist and that there is no chance he will ever change, I would have left… Read more »

Spot on Roxana. I just left mine today. Thank you for sharing. This confirms that I made the right choice and need to never look back.

Wow this sounds just like my son’s father. He is super confident and never admits to his mistakes. They feel you in with the humor jokes and laughs but once you disagree with them then all help breaks loose.it was so bad it took a toll on me at work and I had too seek therapy. Everything I did was wrong. He said a woman can’t raise a man and told me my parenting style was not good. Mind you he never spent hardly anytime with his son and they only reason he was now was because he had a… Read more »

I dated a proper narcissist once who was obsessed with using Twitter. In the beginning he built me up so much telling me how incredible I was and then as time went on he picked on everything about me. He dumped me, but then two weeks later he was messaging me and stalking my social media. That cat and mouse game went on for quite a while. What’s hilarious is that when he was finally done with me he told me I was “pathetic” and yet a year later he was crawling back telling me how beautiful and incredible I… Read more »