Why Do Guys Ghost? 5 Reasons That Will Save You Heartache 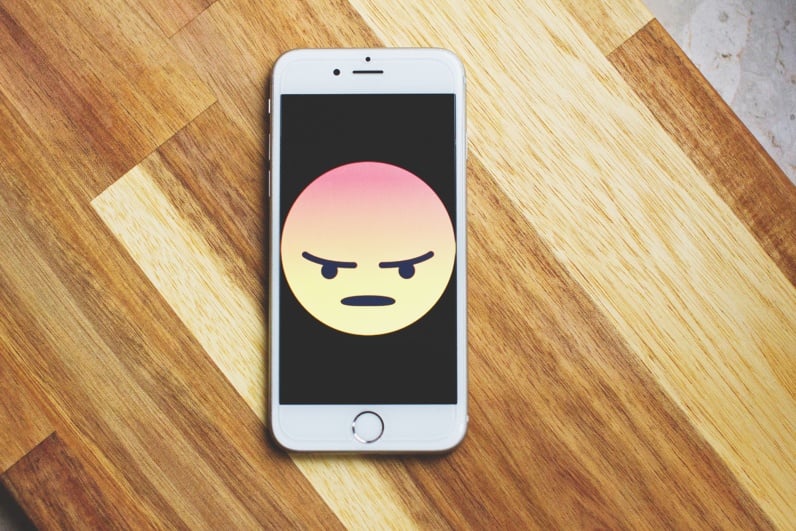 Why do guys ghost? Honestly, I don’t get it.

I’m sure you’ve experienced ghosting while talking to a guy:

Things are going well. You’re texting or talking on the phone regularly. He’s even starting to be a little vulnerable with you. You’re starting to feel like this might actually turn into a relationship.

Then suddenly, out of NOWHERE, he just ghosts.

Nowhere to be found.

And then every once in a while after you’ve written the guy off, you feel the remnants of that ghost. You feel like you’re in a cheesy horror movie where the haunted spirit keeps surprising you…

…in the form of night drunk text…

…or a right swipe on your Bumble profile.

…and you’re wondering, “what does he want? Why do men ghost, and how can I avoid this horror movie that is my love life??”

Before you get all annoyed at me as I explain why guys ghost, please realize that I don’t condone any of these behaviors. I just want to give you the real deal so you can understand why men act crazy like this.

P.S. If you seem to be attracting the wrong men — the type that ghost you — then I think you’ll really benefit from my free Attract the One webinar. I’ll teach you how to attract the RIGHT kind of men!

Why Do Guys Ghost? I Don’t Understand!

When I talk to women who are dating later in life, maybe after a divorce, one of the top things they’re frustrated about is ghosting.

Let me just say: ghosting is the cowardly way out of a relationship. Regardless of the reason behind the ghosting (which we’ll go into in a minute), not bothering to explain to you why he ended things is just the easy way out.

But don’t worry about it, Sexy Confident lady. He’s got some serious bad karma to deal with for ghosting you!

Here are a few of the reasons why guys ghost.

You might not be the only one with a traumatic past that makes it hard for you to open up in new relationships. He might have been cheated on by a past or hurt in some other significant way.

Or he may have never been in a serious relationship before. Either way, it’s important for you to understand that many men have a real fear of emotional intimacy.

There’s not a lot you can do if he’s ghosted because he got scared. In future relationships, try to look for signs that he’s into you but maybe shies away from commitment and try to go slow so he can get used to the idea of being with you long-term.

2. He Got What He Wanted

Just to be clear: usually what the guy wants is sex. He wants that physical connection but none of the emotional intimacy you’re pushing for.

I’ve got to admit that in my 20s, I was guilty of this reason guys ghost. I wasn’t interested in anything serious, and I was too immature to be real with the women I went out with to let them know that.

Consider this my penance: to answer the question, why do guys ghost.

Although a whopping 80% of 18-33-year-olds have been ghosted, sadly, this is not a phenomenon only for Millennials. I hear from so many members of the Sexy Confidence community that they’re encountering men in their 40s, 50s, and beyond who only want sex and then ghost.

This blows my mind. Clearly some men will never grow up.

So how can you avoid being used for sex? Talk to a guy you’re dating early on to find out what he’s looking for. An honest guy will let you know up front if he just wants to hook up, and then you can decide if you’re okay with that or if you want to hold out for a real relationship. Do this before you have sex!

This man might have gotten to the point in his relationship with you that he’s simply not “feeling it” anymore. He might have been really into you at first, but for whatever reason, his feelings have faded.

Maybe something happened that he didn’t like or he just realized that this wasn’t going anywhere long-term. Surprisingly, people who believe in soul mates are more likely to ghost you, even in a short term relationship, which 22% of those people think it’s okay to do.

Whatever the cause, it’s one of the reasons guys ghost. It’s crappy that they don’t have the nerve to tell you directly that they’re not interested anymore, but realize that a guy who ghosts is weak, and you are strong. Confronting him about ghosting won’t help you understand why he left, so just give it up and stop looking for answers.

A classic narcissist isn’t concerned about you and your feelings. He will use you — sexually or emotionally — and en discard you without any remorse.

I’m sorry if you’ve been dating a narcissist and he ghosted, but look at it this way: if you’d continued to date a narcissist long-term, you would have gotten even more hurt. So you’re lucky you got out early!

A boy will ghost on you because he doesn’t know better and he doesn’t want to experience your wrath.

A man will tell you how it is, even if it’s something you don’t want to hear, and even if he knows you will be upset with him.

Don’t assume that if you’re dating men who are 40, 50, or older that they’re actually men. Sadly, men who start out emotionally immature sometimes never really grow up. They’re Peter Pan, and they’ll ghost you, avoid commitment, and generally be bad for you.

If you find that you keep dating Peter Pan types, consider what it is that attracts you to them. Maybe you like that they’re creative types but hate that they won’t commit. Next time, break out of your pattern and try dating an analytical guy or someone completely opposite.

Why do guys ghost? While I’ve given you several reasons, the bottom line is: these men aren’t right for you. If you shift your mindset, you’ll see that being ghosted is actually a good thing.

By having him end things early, you have avoided the pain of being in a relationship with a scared little boy who doesn’t have the balls to communicate with you properly.

This isn’t The One. This isn’t the man who is your equal, who will be a good partner for you for the foreseeable future. This is just a speed bump on your path to love, and one that you are now over.

And let me just close by saying: women ghost too. If you know that you’ve ghosted a guy, I want you to be brave next time you realize things aren’t working out and just tell him. It’ll be great karma for you!

I know it’s frustrating when men ghost, but I promise you: if you keep getting out there and being open to opportunities to find love, you absolutely will.

I’d love to help you on that journey to love! I’ve created this exclusive webinar to help you attract men who will NEVER ghost, who will treat you the way you deserve to be treated. Sign up here.

I am 64 yo and after a 32 yr marriage am back on the dating scene. I am attractive and have a law degree and know I have my act together. I have tried on-line dating and I do not mind ghosting, because it makes me stronger. In almost every instance, I’ve been zombied (the dead return). I am able to stay classy and strong and respond in a positive way, but move on. Ghosting is informative for me—-I don’t have time for games, immaturity or fear. Life is too short. This is like buying a used car. We take… Read more »

I love your term “zombied” and would love to use it in an article I’m working on! Love your attitude as well. Happy dating!

Thank you ! I feel better now that I kind of understand why this guy ghosted me . We dated for few weeks and seems like he really like me and to the point that I really feel that he is falling in love with me. He took me to a dinner and a movie then when I went home we flirted on texts then the next day he stop talking to me . I am very confuse that he just left without saying goodbye . I was even scared that he might died or something and also wondered what… Read more »

I dated s guy, he said he totally had fallen for me, he ghosted after 11 month, and ended the relationship per email, never told me why. We are talking about a 57 year old….mindblowing ,to say the least, and the funny part was , he told me , I overrated my communication skills.

Thanks for opening my eyes…. I have done it to many people…..

What if they ghost continuously? Like go away for a week and creep back in for several weeks more only to go ghost for another three days or so creating a ghost pattern and the excuses are normally something I’ve done that’s wrong? Like one time my ex boyfriend used the excuse I was suffocating him. Another was I went to bed instead of waiting up until he finished cleaning his room to come over to my place and hang out. Another time, he went out with a friend and while he was gone I found out from my best… Read more »

A lot of men don’t really enjoy communicating or talking about their feelings, so it’s easier for them to go silent than it is to have an awkward conversation. In the end though the reason doesn’t really matter. If he ghosted he’s not the one. What sucks even more is when guys ghost and come back….

I been ghosted 21 years ago when me and this older highschool boy in Taegu, Korea I was madly in love with walked out of our hotel room without saying anything. I poured my heart out to him then let him make the most passionate love to me. He acted like he fell for me that night. Then he left. He just stopped and stared at me then walked out. Then he tried to be my man a week later. It was so confusing. He brike my heart. Needles to say I never did thee hotel hookup ever again.

What a great article! It’s good to know that 1. there are men out there who don’t ghost, and 2. that I’m not the only one. It really helps to know that so many other women experience this, too, because I’m guilty of thinking it’s because of something I said or did that turned a guy off when the truth is that sometimes, they’re just scared boys who don’t have the confidence to be honest. It’s also a great reminder for me to choose to not have sex on the first date. For women who are fine with having fun… Read more »