How to Turn a Guy Down [The Graceful Exit] 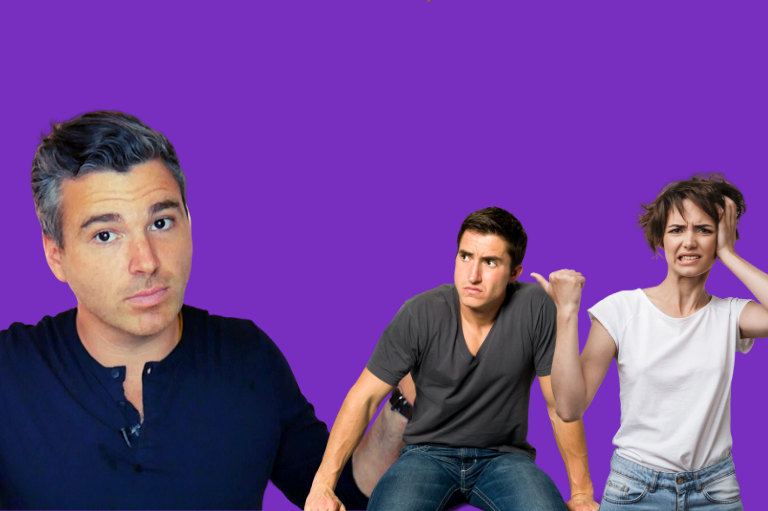 It may be a “champagne problem,” but it’s a legit one: learning how to turn a guy down gracefully and respectfully.

I believe in dating karma: the energy you put out there is the energy you’ll receive from others. So…which do you think will boomerang back to you in a positive way?

…or politely telling him you don’t feel a connection?

Here’s a summary of what I discuss in the video in terms of how to turn a guy down the best way possible.

Meeting in a bar: A guy is chatting you up and you are in no way interested. Cut it off as soon as you can politely. Tell him you’re flattered, but not interested. If he gets pushy, just walk away. Don’t worry about being nice if he won’t take no for an answer.

After a first date: I typically advise women to give men a second chance because sometimes a man is super nervous, but let’s just assume that there is no way you’d go out with him again. Send him a polite text telling him you had a nice time, but don’t see things working out. Doing it sooner rather than later will minimize the pain this causes.

After dating a while: Texting won’t cut it here. You need to do it through a phone conversation so you both get closure and can move on. Be honest with him: you just don’t see a long-term future.

In each scenario, I urge you to be honest. Honesty always wins.

Leave a comment below: what challenges are you finding in learning how to turn down a guy gracefully?

P.S. If you find yourself dating the same men and having the same issues time and time again, hop on my Breaking Your Love Patterns course. You’ll be able to identify why you’re drawn to a certain type of man…and break the habit.

Hi Adam, I have been talking to a guy for over 2 months and have met him only once before this pandemic. He is good with texting 3-4 times a day but messages are getting shorter and repetitive. He is 2 hrs away in distance and so during pandemic , I have asked him to do a video or audio call to change it up . He says he is fond of me. He works a lot even on the weekend as he has his own business. He says he will call but he doesn’t make the time. I am… Read more »

That was SPOT ON! Thanks for sending this.

7 Scientific Signs A Guy Is Falling In Love With You