3 Simple Texts to Make Him Miss You [Guaranteed Response] 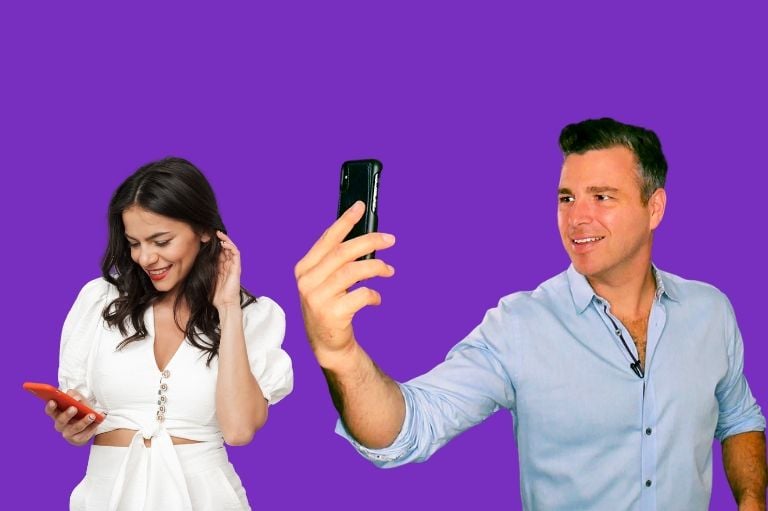 The first date went well and you’re eager to let him know you’re into him.

Before you bombard him with texts and kissy emojis, let me just tell you one thing: if you want to make him crave you, you’ve got to create some space in the relationship. To that end, we’ll discuss three texts to make him miss you in this video and article.

So I mentioned creating space: what I mean by that is if you’re living your fabulous life, you aren’t sitting around waiting to hear from him. So create that space for yourself, and not just to make him see how amazing your life is. Do it because you want a wonderful life!

Now onto those texts.

The first is the “I’m doing something really fun and thinking about you” text. When you’re out doing all the kickass things you’re doing, you’re likely to also be thinking of your guy. It’s a good opportunity to reach out. Let him know what you’re doing…and that you’re thinking of him.

Next is the “mysterious bait” text. These texts don’t say a whole lot, but they’re meant to create an air of mystery and get him curious about what you’re doing.

And finally, we have “sexual tension” text, only to be used once you’ve started sleeping with a guy. These texts can help build that hot tension until you see each other again.

The idea with all of these texts to make him miss you is to show you’re interested…but not desperate. You’re clearly busy doing other things but taking time out of your schedule to check in with him.

Let me know in the comments below which of these texts you sent and how they were received.

Thanks so much adam.i got some idea to text my boyfriend.