4 Ways to Make Him Worry About Losing You 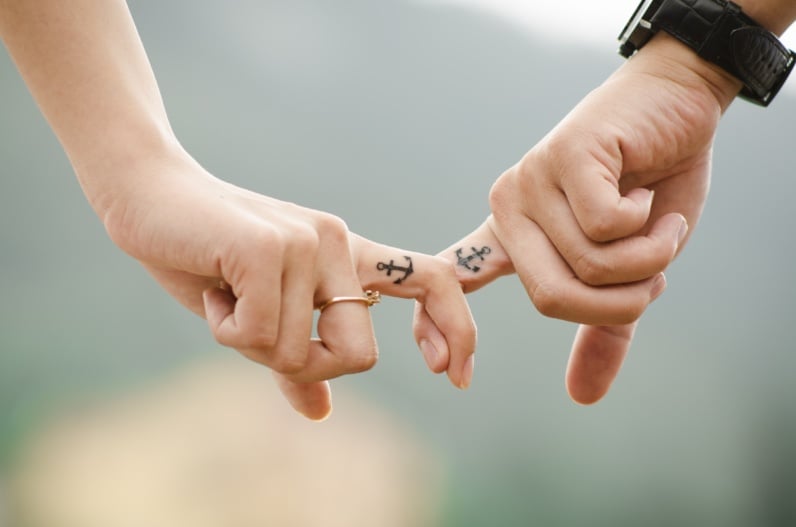 Do you feel like maybe your guy doesn’t fully appreciate you? Maybe he’s been pulling away lately and you don’t know what to do. So you’re trying to figure out how to make him worry about losing you as a way to get his attention back on you.

There’s definitely a right and wrong way to go about this. And fear might be the ticket.

Fear: it can be a powerful motivator, and can be used to get people to change their behavior…if used correctly.

Now, in a long-term, healthy relationship, fear should never be used as a way to control or manipulate your partner.

But unfortunately, in today’s dating environment where people constantly find themselves in “Situationships” — AKA romantic and sexual situations that fall somewhere between relationships and friends with benefits — fear can be a useful tool. Used correctly, fear can open up a guy’s eyes to make him realize that he’s going to lose you if he doesn’t get his act together.

In this video and article I’ll show you how to make him worry about losing you, not by playing games, but by focusing on you improving your life.

P.S. Add one more tool to your arsenal with my Make Him Commit Training. I’ll teach you how to own your power and get the man to commit…if you want him to. Sign up for this training today!

Before I get to the good stuff, I do need to warn you of something: if you feel like you have to constantly make him fear you in order to keep him interested, then this guy is probably not for you. You’re essentially creating a fictional world where you tell yourself that this relationship is sustainable, but you can only evoke his fear of losing you for so long before he’ll leave anyway.

And it’s okay if he does leave. Because the right guy doesn’t require fear tactics. He wants to be with you.

Another disclaimer: this video and article are not meant to encourage you to play games. In fact, I hate that a lot of women feel like they need to play games to keep a man.

That’s not what this is about. Actually, everything I talk about here is going to make you a better person and and will help you find a healthy and lasting relationship.

If the man you’re dating is inconsistent or seems to have trouble committing to you, I want to teach you how to make him worry about losing you through that primal emotion:

Now, before you think I want you to start boiling bunnies or surprising your man with a knife while he’s in the shower, let me just let you in on a little secret: F.E.A.R. is actually an acronym:

Let’s take a look at each of these tips so you can make him worry about losing you and get him to commit to you.

Make Him Worry About Losing You Through F.E.A.R

Now I know this headline was a little clickbaity, and I used it to get your attention. So many women think they have to use actual fear to secure love, but I want to show you a healthier way to move a man who isn’t sure of what he wants toward a future with you.

1. FOCUS on Your Independent Social Life

I’ve met a lot of misguided women who focus on how to get a man to chase them or how to seem cooler than they actually are. What I tell those women is that this is just a form of game-playing. The goal isn’t to pretend to have an amazing life…it’s to actually have one.

Continue to do the things that bring you joy. Keep going out and meeting interesting people. That shouldn’t stop just because you’re dating someone, and in can make for a better relationship.

This doesn’t just apply when you first start dating. At every stage in a relationship, even if you’ve been together for years, it’s important that you both have separate interests and friends. It’ll keep you both sane.

So how does this make him worry about losing you? If you give everything up to spend all of your time with this guy, he’s going to pull away. It’s just too intense for most people. But if you have a healthy social life outside of him, he might get just the tiniest bit insecure and want to make sure you still want to spend time with him in between social engagements.

Look, texting is definitely one way to a man’s heart, but use it sparingly. If you text him constantly, he will (literally) feel like he’s got you in his back pocket. Meaning: he knows you’re crazy about him…and even if he doesn’t feel the same, he might feel like he can have things his way (casual sex? not responding when you want him to?) without giving you what you want (commitment).

I know it will make you crazy, but put your phone on Do Not Disturb so you’re not constantly listening for the ping that tells you that you have a text that may (or may not) be from him.

Don’t text him more than a couple of times a day. And for every text that he sends you, wait a few hours to respond — not because you’re playing games but because you have other things going on in your life and you don’t need to drop everything to respond to him.

The less available you are via text, the more he’ll want you. You might see him start to text you more and more as a result!

3. Get More Physically Active in Your Life

The better you feel in your body, the more confident you will be in your life. Now, I’m not saying you need to have six-pack abs and super toned arms to be more confident.

I just mean that just by moving and getting those endorphins flowing through physical activity, you’ll start to feel better. A great side effect? The guy you’re dating will look at you and think, “man, I don’t want to lose that!”

Research shows that exercising as little as 10 minutes a day or even just once a week can make people happier. And people who are happier in their lives tend to be more appealing as romantic partners. So find an activity you really enjoy. You’ll benefit in your body, mind…and relationship!

…maybe he only texts you at 2 a.m. on a Saturday night for one reason only…

…or he takes days to respond to your texts…

…or he’s squirrelly about making plans with you…

…then it’s time to reset those boundaries. Tell him his behavior is not acceptable. You don’t necessarily need to communicate this directly but you can still get your point across.

If he texts you at 2 a.m., don’t respond. Ignore him. If he doesn’t like that? It’s okay. It’s time to move on to find a man who respects you.

If, on the other hand, he texts you the next morning (after you ignored his booty call) and says he’d love to take you out, that’s acceptable. He’s subconsciously agreed to your boundaries and is ready to follow your rules.

Don’t be afraid to set those boundaries about what is acceptable — and respectful — to you. You set the pace for how this relationship will go, and if he’s not treating you right, he’s not right for you.

If you want to draw a man back in who maybe has gotten a little distant for whatever reason, use these strategies to make him worry about losing you. Do that by putting less energy into dragging him toward you and focus more on doing what makes you happy and healthy instead. He’ll pursue you, I guarantee.

I’ve said this before to you Sexy Confident ladies over the years, but I’ll say it again:

Never PLAY hard to get. BE hard to get by living your amazing life and making him want to be a part of it.

And remember this: he will worry about losing you if he knows that you’ll walk away if he doesn’t treat you right.

Talk to me, ladies! Have you ever employed these tips to make him worry about losing you? What was the result? Leave a comment below to share!

Hello Adam. I was in a 6 1/2 year committed relationship with a man and lived with him for about half the time. (Me supporting the roof and food mind you) and when my client passed away (condo was provided by my work as a Caregiver I paid rent for)and we had to move. The last day of us moving out, he got fired from his 6 year job and we had to stay at his sister’s on a mattress in her living room, which was uncomfortable in every sense.I continued working for an agency and commuted 45 min to… Read more »

Hi I’m in a situation that I should of never put myself in. See I wanted to be nice and help this guy out with the expense of driving for 3 hours. So I bought things that he drinks. After that first initial date he expects it all the time. Now since then I have found out that I can’t trust him to do anything he says. I can’t even trust his actions since he plays one check of a game. So I will be complimenting all of these techniques so I don’t go through any of this in my… Read more »

Thank you so much, Adam for sharing these tips on how to be keep the interest of the man who seems to have become apathetic towards his gf or the woman with whom he has relationship with. i surely appreciate these and so am very grateful…

I liked everything you said.
Thank you, Barbara

Be unattainable no matter what