Learn How to Make a Guy Laugh (With Examples) 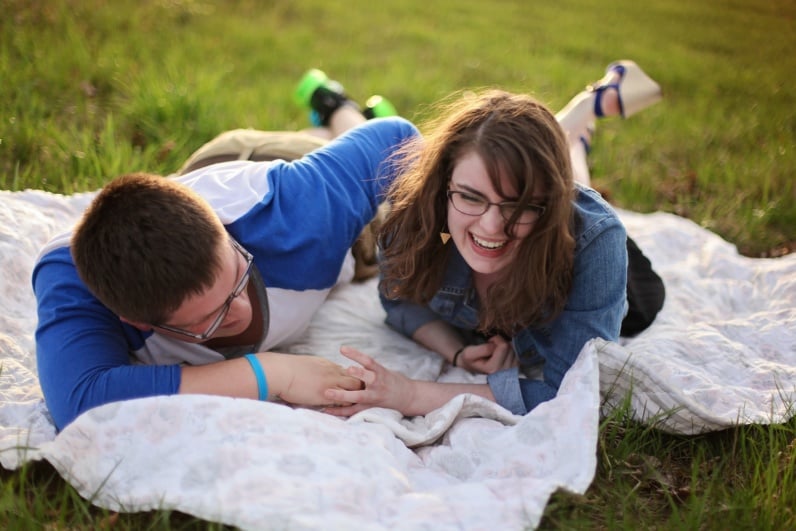 Forget the old adage about the way to a man’s heart being through his stomach. Figuring out how to make a guy laugh is definitely going to be the most direct path to his heart.

But don’t just take my word for it: researchers have been studying the connection between humor and attraction for years, and have found some pretty interesting results. European researchers studied speed dating participants and determined that laughter was a positive indicator of attraction in most instances. People who made their speed dating partners laugh were seen as more attractive than those who did not.

So it stands to reason that if you make a guy laugh on a first date…it’s going to go pretty well! 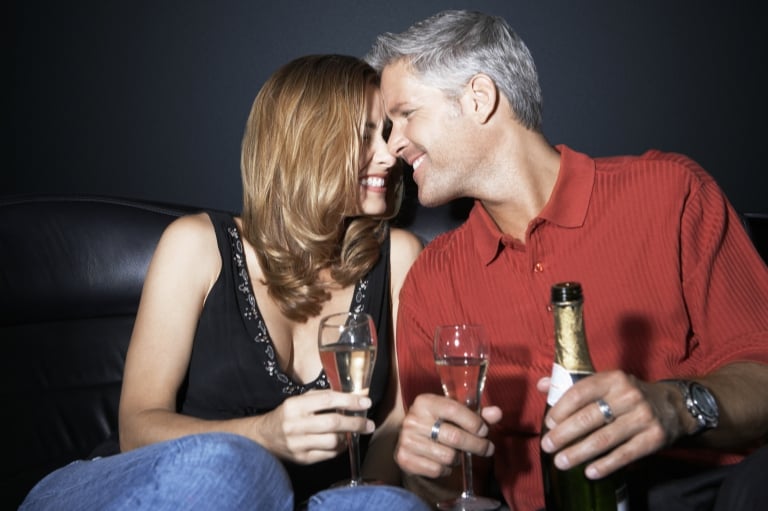 Laughter on a first date is a good sign of things to come!

But maybe you don’t think you’re funny. When you tell jokes, you feel like the reception to them is…

Realize that being funny and learning how to make a guy laugh starts with confidence. You have to not be worried about the outcome of a joke and just own it in order for it to work.

It may take some practice. Use your friends as guinea pigs. After a while, when you find your own quirky style of funny (and aren’t mimicking some comedian you watched on Netflix), you’ll find your power to make a guy laugh hard.

Here are a few techniques to get you started.

1. Ask Questions That Send His Drink Shooting Out of His Nose

Making a guy laugh isn’t always about telling a joke or having a punchline. You can make him laugh simply by asking ridiculous questions.

These are great on a first date, particularly if the conversation isn’t really flowing, maybe because one or both of you are nervous. Bring out these icebreaker questions and let the laughs begin.

“If your life were an action movie, who would play you? I’m thinking Neil Patrick Harris. He does evil villains really well!”

“If you could only eat stinky Limburger cheese the rest of your life…or never drink beer again, which would you choose?”

“What unsung sport would you add to the Olympics? For me, it would be couch surfing.”

Before you start down the path of asking zany questions, feel out the mood. If he just finished telling you that his grandma died last month, this probably isn’t the right time for laughs. And watch overdoing it. If he’s puzzled as to why you’re asking weird questions, asking more probably isn’t going to warm him up.

2. Deliver a Joke with a Deadpan Face

You know deadpan (or dry) humor: look at Bill Murray or Nick Offerman (from Parks and Recreation) as examples. You catch your audience unaware when you seem serious and not at all in a joke-telling mood…and then you lay down a hilarious punchline.

Get inspired by watching deadpan comics. Practice your poker face so you don’t give away the fact that you’re about to crack a guy up. Then practice your timing with delivering the punchline.

The key to a successful deadpan joke is to seem like you’re talking about something serious. When you deliver the punchline, don’t smile. It’s hard, but it pays off.

3. Make Fun of Yourself 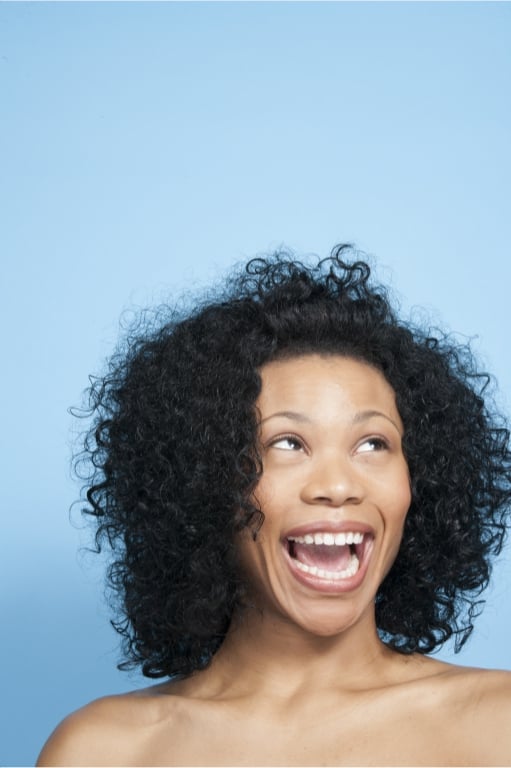 Show that you don’t take yourself seriously.

You know your best subject to joke about intimately: yourself! Self-deprecating humor actually shows that you’re confident and happy, not insecure and negative like you might think. A study published in the journal, Personality and Individual Differences, found that people who made fun of themselves had positive psychological well-being.

So feel free to tell a joke or two at your own expense. He’ll see you as confident enough to do so, and that’s appealing.

“Did you know that today is National Selfie Day? All that hard work I’ve been putting into my Instagram profile finally paid off in a nationally-recognized holiday!”

A great way to relax the atmosphere on a first date is to tell a story from your life. Maybe you twisted your ankle while walking the dog this morning (and can laugh about it), you saw a funny exchange between two people at the grocery store, or you saw a hilarious misspelled sign on the way to work.

Not only are you making him laugh with your anecdote, but you’re also letting him into your life bit by bit. You can include humor when getting to know each other, talking about growing up or your family. He may return by sharing his own funny story.

Being funny isn’t limited to dates. Start by sprinkling a little humor into your texts as you get to know him before (and in between) dates.

The key to sending funny texts is to keep them light. You can keep them neutral or even get a little sexy (if you’re up for it and you think it’s the appropriate time. This is better after you’ve been on a few dates or even been intimate).

“You’re thinking about me right now, aren’t you? I can feel it. I’ve got a sixth sense about these things…”

“I’m taking applications for personal masseuse and chef. Know any able-bodied, sexy men that might want to apply for the role?”

“I just read an article saying that making out burns a lot of calories. Wanna be my fitness coach? :)”

One of the best ways to make a guy laugh is to just let it come naturally. No canned jokes!

If you don’t feel funny, don’t force it, or your efforts will fall flat. It may take time to sharpen your funny bone, so keep practicing on your friends. When you’re funny, you know you’re funny. And that makes you feel great. That’s when you should tell jokes and funny stories: when you know that you’re funny telling them.

It’s great to observe other people’s funniness, but don’t copy them. If you do tell a joke that someone else told, give them credit for it…or you might be called out for stealing someone else’s humor. 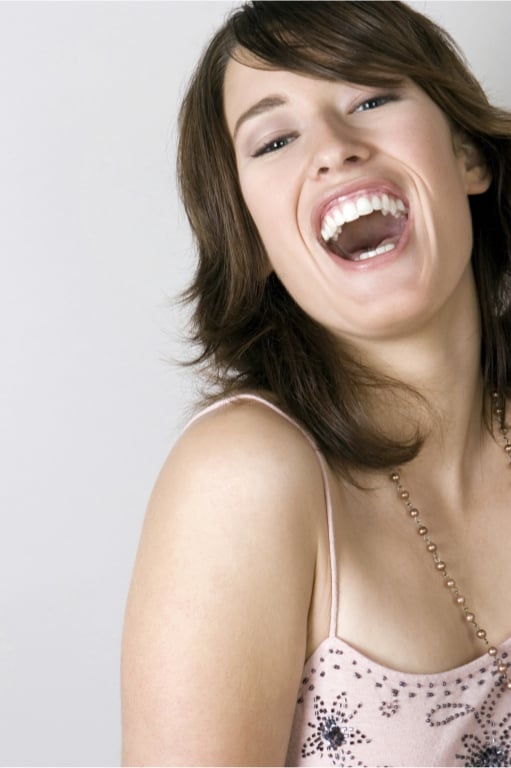 Make a joke about him…but keep it friendly.

First, understand that everyone handles being poked at differently. Some guys may be quick to laugh at a joke at their own expense, while others may think you’re being mean and quickly write you off. Only use this strategy to get him to laugh if you think he’ll be good humored about it.

The key is to be funny and not cruel. You don’t want to emasculate this guy when you’ve only just met him! Here are a few examples.

“You drink IPA?? I’ll try not to hold that against you.”

[If he checks his phone on your date] “Looking for that fake emergency text from your friend so you can bail on this date?”

When you make fun of the guy you’re out with, make sure you smile while doing it so he knows you’re kidding. It’s a great opportunity to leverage your body language by leaning over and touching his arm so that he know’s you’re laughing with him, not at him, and that, by the way, you’re totally into him.

You don’t have to do all the legwork when it comes to flirting through laughter. If you don’t have any funny jokes or anecdotes to share, turn to a valuable resource: funny videos on social media.

C’mon, admit it: you’ve wasted countless hours watching videos of cats knocking things off of tables, babies rolling around, and people falling. You’ve had tears streaming down your face as you cracked up over them.

So why not use a funny video as inspiration to break the ice a little on your next date?

Find a video that’s short but hilarious and pull it out on your date. You can laugh and appreciate a mindless video together (and bonus: you’ll be physically closer as you lean in to watch the screen), and that’s a great kickoff to what could become a wonderful relationship.

As you start going on more dates post divorce or after the end of a big relationship, you’ll want all the tools you can find to make them a success.

Of course, a successful date comes down to having the right chemistry, but if you can laugh at the same things, that means you’ve got it.

But find your own version of funny. What works for one woman will come off as awkward and stilted for another. Work with what feels comfortable to you and I guarantee you’ll quickly learn how to make a guy laugh.

Let me hear from you: how have you made a guy laugh on a date? Was it by telling a joke? Making fun of yourself or him? Sending silly texts? Leave a comment below to share your laugh tips with other Sexy Confidence members.

Laughter is a key component of flirting. If you need to brush up on your flirting skills, sign up for my flirting workshop to learn insider tips. After completing the course, that man stands no chance of not falling for you! 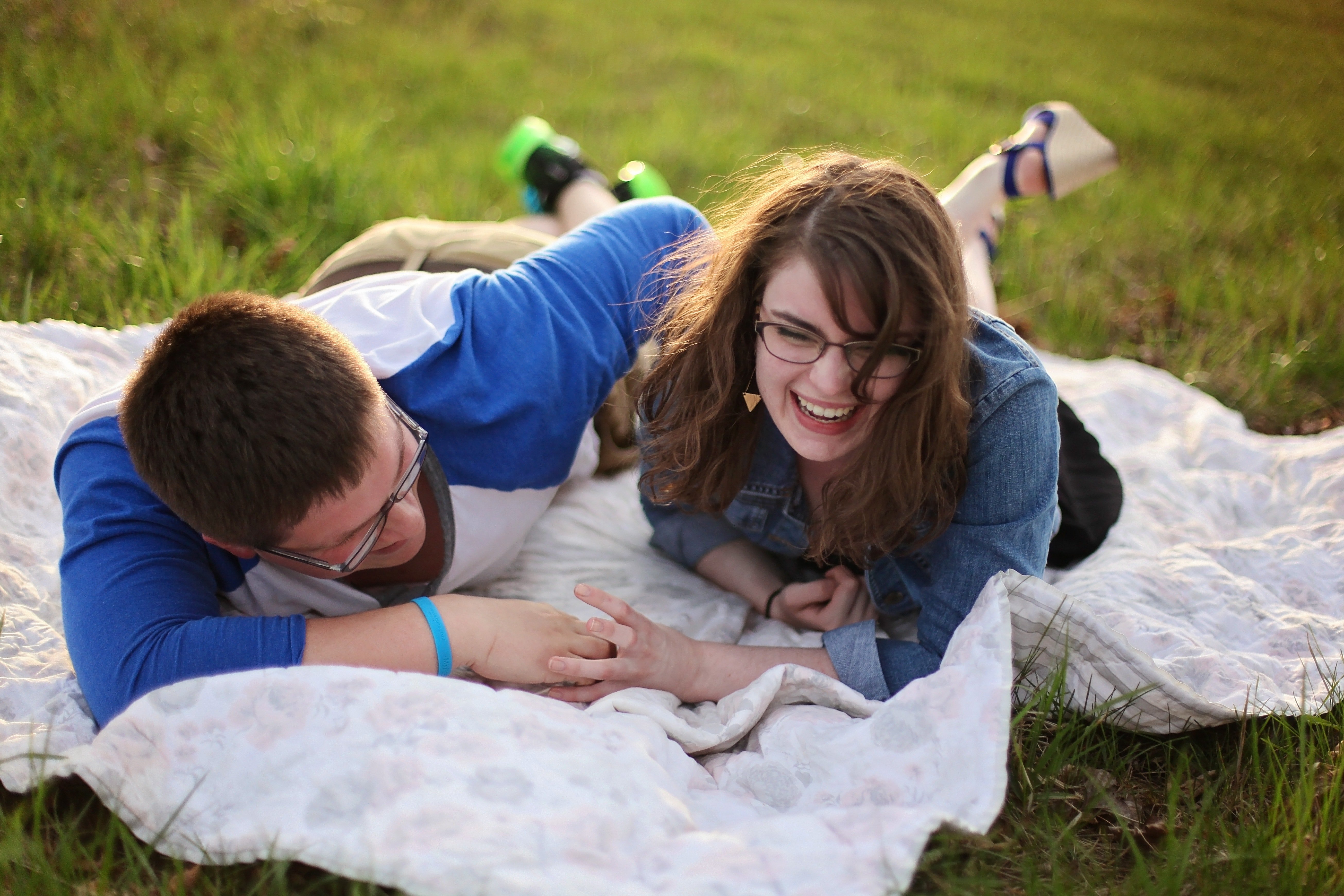 Thanks! I enjoyed some of these tips

My guy went on a business trip. When he came home, I met him at the airport with a small gift box. Inside was a little plastic donkey with a note that said, “Everyone likes a little a$$…” He loved it.!