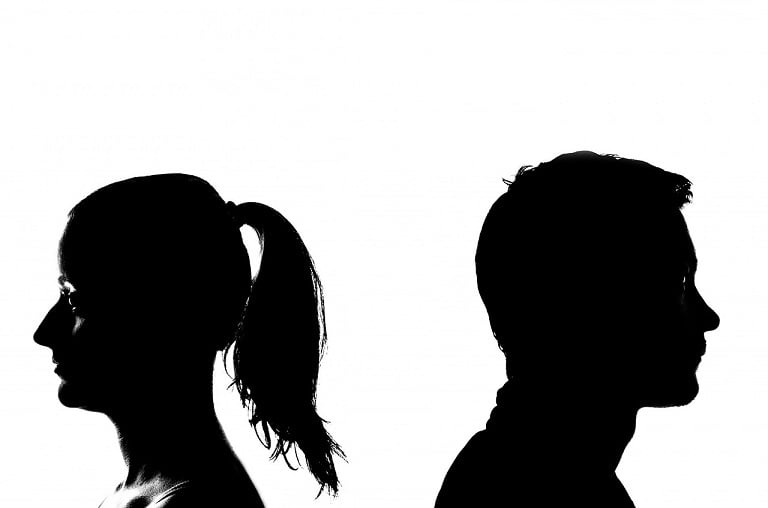 Heather broke up with Jon recently, and while she’s nursing her own wounds and trying to move on, she also wants to know that he’s doing ok.

He’s posting a ton of photos on Insta (unusual for him) that show how fabulous his life is, and that makes her happy, mostly.

Her friends tell you that he’s just pretending to be over her to make her jealous or get her back. Heather doesn’t know what to believe.

Why is He Pretending to Be Over You?

First, why would your ex pretend that he’s over you if he’s not? There could be many reasons.

He could be feeling vulnerable after the breakup and want to make sure you know he’s doing ok. It could be an ego thing.

Or…he could want you back. He might want to show you he’s moved on and doing well so that you want him. Maybe now he’s the man of your dreams…or so he wants you to believe.

Signs Your Ex is Pretending to Be Over You

So now let’s look at those signs your ex is pretending to be over you so you can get to the bottom of what’s going on, shall we?

Yes, this is such a juvenile move, but so many people have done it. Maybe even you! Because we look to social media to see what people are up to—and how they’re doing—it’s all too easy to script what appears to be a happy life.

And hey, there’s something in it for him, too: a research study showed that faking happiness on Facebook could result in people actually feeling happier. So…be happy for his fake happiness…I guess?

2. He Tells You He’s Moved on Unnecessarily

You bump into your ex at the store and he’s quick to tell you he’s dating someone new. Not that you asked.

This is one of the classic signs your ex is pretending to be over you. What value is there in telling you he’s moved on except to hurt you or make you jealous?

3. He Shows Up Where You Are…With a Date

He knew you’d be at your friend’s party, and he showed up anyway…with a date. Tacky, I know.

Even worse, he’s making a point of kissing her and having his hands all over her. Again, not the most mature move, and one more appropriate for high schoolers, but still. He’s trying to make you jealous. Ignore him.

4. He Tells Mutual Friends Things He Knows Will Get Back to You

You still share a few friends, and you feel like he’s deliberately telling them things to tell you…

…how he hardly ever breaks down and cries about you. 🙂

Realize that he’s communicating through those friends. He feels the need to let you know how well he’s doing.

5. He Says He’s Ready to Be Friends…But Wants to Hook Up

Shortly after your breakup, this guy reaches out and says he’d like to be friends. You’re cool with that…but then one night late, he texts wanting to know if you want to come over.

You know friends don’t hang out at 11 pm!

He might even suggest you two become friends with benefits. But I advise against it: for anyone you’ve had an emotional attachment with, it will be hard to keep things casual.

“Hey. I heard you were at Ska Bar Friday with some dude. I thought you hated that place.”

You start getting weird messages from your ex about things he shouldn’t know, like where you are and who you’re with. Then you remember seeing a friend of his at the bar you were at last weekend.

Clearly he has spies who are reporting back what they see. It can be hard to avoid if you don’t know where or who they are, but don’t tell any mutual friends anything you don’t want getting back to him.

7. He Tries to Be Everything You Wanted

Maybe you broke up with this guy because he wanted to be with you all the time and had no life of his own. Now he’s boasting about his busy life, how many new friends he has, and how he’s in therapy about his issues.

He is, in short, trying to be your Prince Charming.

A little too late, I’m afraid. Realize that it’s incredibly hard for people to change, especially if he’s doing it just to win you back. Real change comes from within, and he has to want to make those changes for himself, not you.

8. He Texts You at Weird Hours and Unnecessarily

You might be on solid ground with your ex, meaning you occasionally check in with one another, but if he’s texting you at weird times (like the middle of the night or first thing in the morning) and unnecessarily, it may be because he’s thinking about you.

Or maybe he texts on a Friday night to see if you respond. If you don’t, he’ll worry you’re on a date.

He’s trying to keep tabs on how well you’re doing after the breakup because he’s not doing so well.

9. He’s Fast to Respond if You Text Him

When you were together, it took this man hours to respond to a text from you, but now if you text him, he responds within seconds. He’s right there, ready to give you whatever you want.

How to Handle It

So what do you do when your ex is pretending to be over you, but you highly doubt that’s the truth?

That depends on what you want. But I’m going to assume that you know he’s not the right man for you with the following tips.

Make It Clear You Won’t Be Getting Back Together

He’s clearly holding out hope that you will come around and come back to him. You might not want to hurt his feelings by completely cutting him out of your life, but realize that by occasionally texting him or being nice to him (like you would any human), he’s clinging to that hope.

You may need to follow my No Contact Rule and tell him you don’t want to text, see, or talk to him for a month. This will give him time to realize it’s over and move on. You’ll also get time to heal your heart.

Block Him on Social

If his show-off posts are annoying you, or if you worry that he’s creeping on your on social posts, block him. There’s no reason for the two of you to stay connected on social media after the breakup.

Don’t Respond to His Texts

Most women don’t realize that they hold the power for how a relationship goes after the breakup. If he texts you, you are under zero obligation to respond. Just don’t.

Don’t worry about hurting his feelings. It may take some tough love to get him to let go. And if his texting is obsessive, block him.

Move on With Your Life

The best thing you can do is move on. Stop worrying about a man who didn’t deserve you, even if he is hurting right now. He will be okay, and so will you, but you have to take that first step to get on with your life.

Breakups aren’t pleasant, but for some, they can drag on for months, stretching out your pain and making it hard to make space for that love that you totally deserve.

Keep an eye out for these signs your ex is pretending to be over you, and set hard boundaries. You need to take care of your own needs, and that doesn’t include making sure he doesn’t have hurt feelings.

Leave a comment below: how has your ex pretended to be over you? How did you handle the situation?

I’ve only had it happen once, where an ex a few years ago realised he’d made a mistake with us breaking up and seemed desperate to get back together. I guess all my other exes realised they’d made a good decision because I didn’t hear from any of them again! Anyway, he definitely contacted me consistently and repetitively, while trying to say he’d do things differently and basically be no.7. I find it quite difficult being firm and setting boundaries when you feel you’ll hurt someone’s feelings but really, in a situation like this, you’ll be doing that other person… Read more »

I just broke up with my boyfriend and he’s telling me he has moved on in just about three days.. I think that the best offer for this xmas