Mindful Dating: 12 Ways to Find Your Soulmate With Intention 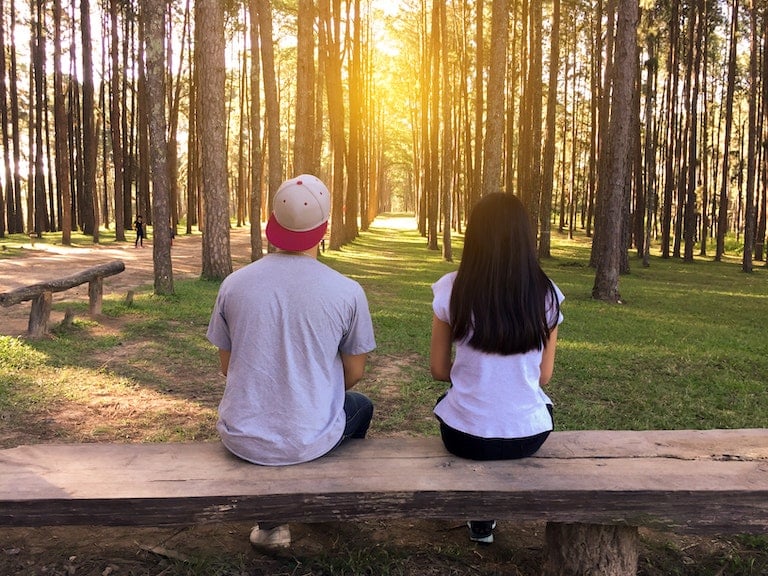 There’s a difference between mindless and mindful dating.

Mindless dating is easy. It happens when you’re not being intentional about your dating life. With mindless dating, you find yourself swiping Tinder profiles for an hour during your lunch break. You go out with men who keep staring down your shirt rather than paying attention to what you’re saying.

If dating is stressing you out…try mindful dating!

What is Mindful Dating? 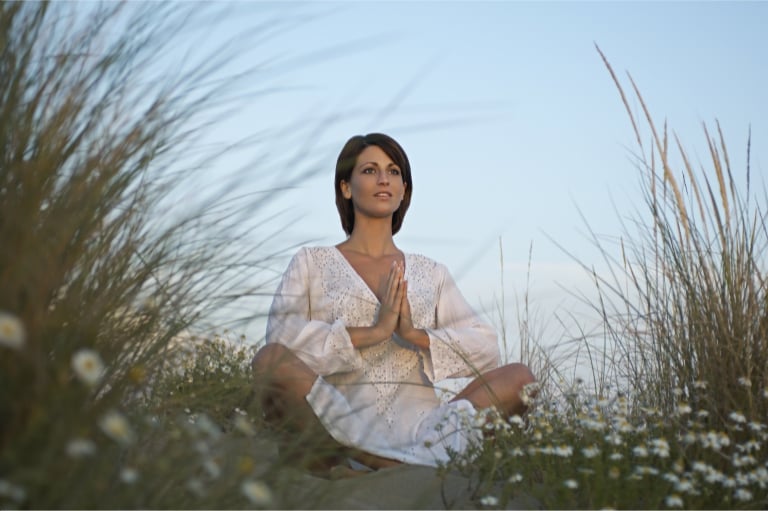 Mindful dating is knowing what you want, putting a concerted effort into meeting a great guy, and not settling for less than you deserve.

The whole “mindfulness” thing is trending right now. You can be mindful while you eat. When you meditate. Even when you speak. So why shouldn’t we have mindful dating?!

Mindful dating is probably a shift from what you’re currently doing, particularly if you’re frustrated about still being single or constantly saying, “there are no good guys out there!”

There absolutely are good guys out there but realize that you get what you put into dating. If you’re mindlessly going on dates with men you have nothing in common with, how can you expect to make a love match?

How to Date Mindfully to Find True Love

Now that you understand what mindful dating is, I want to give you some tips on how to be deliberate and focused in your dating and relationships so that you can find that love you’ve been seeking.

“Hope” dating is when you sit around waiting for Prince Charming to whisk you away to his castle.

You hope to find a man who will take care of you financially.

You hope that one day when you’re laying on a blanket in the park, he’ll just show up (white horse not required).

You hope he’ll just find you.

On the other hand, strategic dating requires getting out there and being mindful about where you go and who you go out with. It requires effort on your part.

You’re not in a Disney movie, princess, so put in the work!

2. Go to the Places Where Those Men Will Go

Think about where you’re going to meet men. Are you setting yourself up for success or failure? Where you look for a man will impact the quality of man you find!

If you want an intelligent man, you might not run into him at the booty-shaking club down the street. You have better odds of finding this man in a meetup group for literary lovers…or even the library.

You might need to get out of your comfort zone and go to new places—like the rock climbing gym—to get access to the kinds of men you are interested in.

3. Know What You’re Looking For

When you’re dating mindlessly, you take whatever comes along. You also, as a result, waste a lot of time.

Knowing what you want allows you to embark on mindful dating! Start by making a list of the qualities you’re looking for in a man. Rather than focus on physical looks, think more high-level personality and lifestyle qualities like:

I want a man who is well-read.

I’d like to date an older man who’s been in a long-term relationship or marriage before.

I want a man who doesn’t have kids.

I wish there was a man generating computer that you could plug all your “I wants” into and the perfect man would pop out, but since there isn’t, keep this list in your head and compare any man you go out with against it to see how he stacks up.

Don’t, however, limit yourself! You might end up finding a guy who has very few of the qualities on your list but who offers some other amazing perks you didn’t even know you wanted. 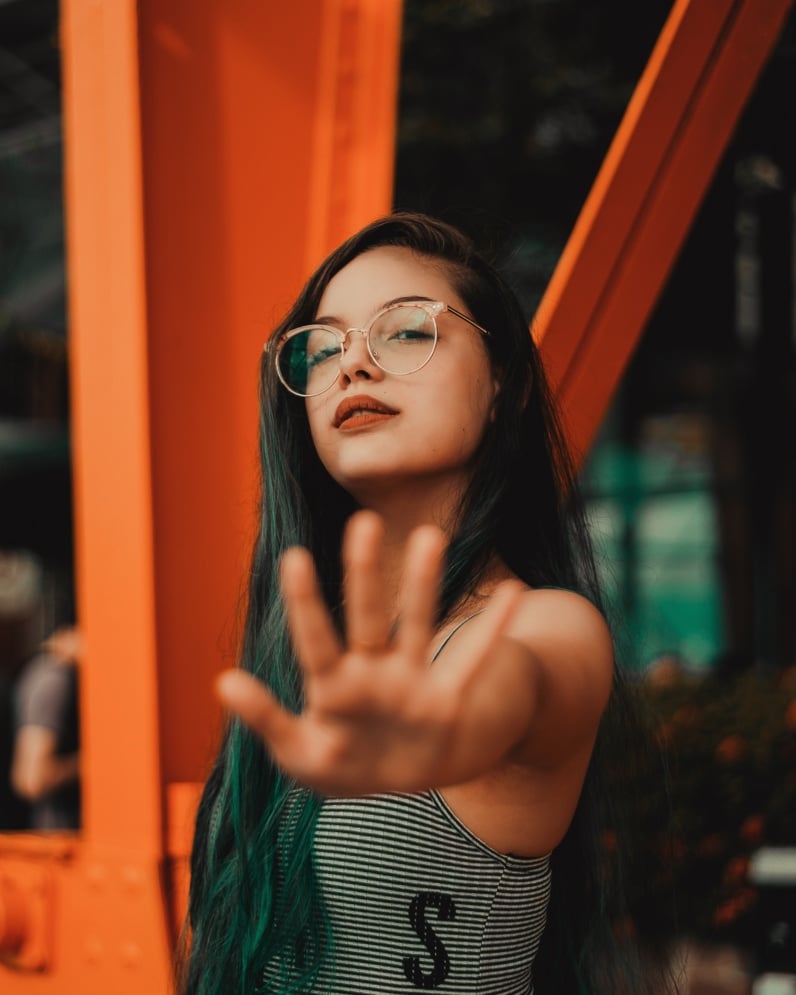 If it’s not what you want, move on.

I know women who, despite the fact that they’ve never been comfortable having sex on a first date, will try to convince themselves otherwise.  Maybe there’s a guy you really like and he’s pressuring you to have sex sooner than you normally would, so you’re considering caving in. Trust me when I say you’ll probably regret that.

Never change your values because a man is pressuring you.

When I say to be true to how you date, I mean that you shouldn’t convince yourself to do anything you’re not comfortable with.

If you don’t want to date a polyamorous guy…don’t.

If you don’t want to kiss on a first date…don’t.

If you don’t want d*ck pics, block any man who sends them!

Use them as a TOOL for meeting new people, not as the only resource. Limit the amount of time you spend swiping. The average Tinder user logs in 11 times per day, spending about 77 minutes daily looking for love!! That’s crazy! What could you do with that hour that would make you happier than looking at men who probably won’t end up being right for you?

Researchers have actually studied the addiction and negative consequences that come from spending too much time on dating apps. They found that overuse could cause anxiety or loneliness, and that some people were so addicted to swiping that they missed work or school!

So step away from that app!

It’s fine to spend a few minutes perusing your options each day, but put the phone away if it starts to overwhelm you.

You want to find long-term love, so you convince yourself to give a guy a chance who might not deserve it. You brush aside his nasty comments about people because otherwise, he seems like an okay dude.

Here’s the thing, my dear: settling will only make you unhappy in the long-term. Ignoring red flags won’t make this man right for you, so it’s better to break it off with a man when you get “that feeling” that he’s not the one for you.

What you’ve been doing so far hasn’t worked in helping you find true love, so it’s time to open your mind to new types of men. If you always date engineers, be open to an artistic guy. If you’ve exclusively dated one race, try others. If you always look for a guy who shares all of your values, open up to a man who’s completely different from you. If anything, you’ll have lots to debate about!

8. Don’t Limit Yourself to a Specific Ideal

“I want a guy who’s 6 foot 1 with dark hair. He should have kids and a great job. Oh, and drive a sports car.”

C’mon. Do you really think you can custom order a man? You may be attracted to tall, dark-haired men, but you might be surprised that you fall for a short, stubby blonde guy. If Disney movies like Beauty and the Beast taught you anything, it was not to judge a book by its cover. So loosen up on what you think your man should look like.

9. Give a Guy a Chance That You’re Unsure Of

A woman once told me a story about a guy she matched with on Tinder. He was so surprised and happy that she messaged him, and told her few women ever did. She went on what she called a “pity date” with him, thinking she’d be nice then move on.

When you limit your scope, you miss out on a lot of great guys. But if there’s a man who’s interested in you, even if you’re not sure you’re attracted to him, I encourage you to go on one date and see if you’re not pleasantly surprised.

Being single doesn’t mean you have to be actively dating or pursuing a man all the time. It’s easy to get burned out with the process, so take a time out when you need it. Dating will always be there waiting for you when you’re ready.

11. Put Being Happy on Your Own at the Top of the List 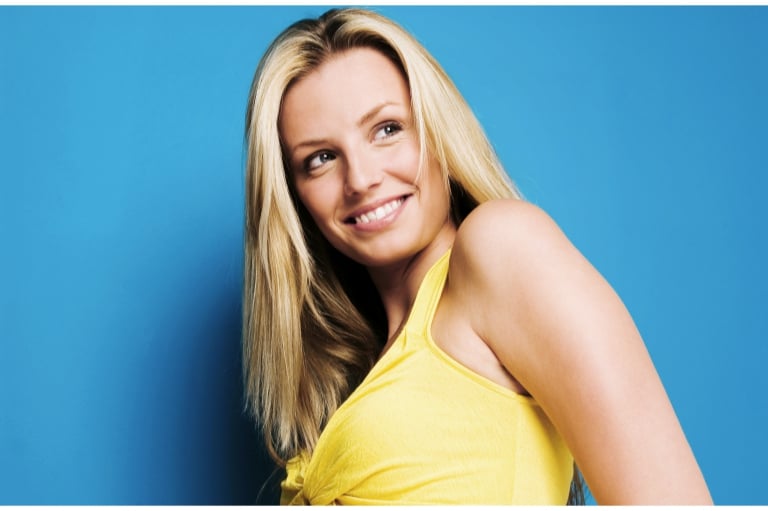 More important than finding a man is finding what makes you happy!

One of the most important things for mindful dating is being happy on your own and not attaching to the idea that having a boyfriend will make you happy.  No one but you can do that. If you take time out from dating, you can focus on doing things you enjoy on your own or with friends. Friendships sometimes suffer when one or more of you are in a relationship, so devote yourself to being the best friend possible while you have the time and energy to do so.

It should be! If you HATE singles events, don’t go! Instead, go to a speaker series or somewhere else where you’ll meet high-quality people.

And rather than looking at a date as a potential partner, just go and have a good time. Order something really yummy. Engage in great conversation. Just don’t worry about what comes next. If it’s the right fit, it’ll happen. If not, you end up with another friend!

There’s nothing woo-woo or mystical about mindful dating. It’s simply a matter of knowing what you want (but being open to things beyond your expectations), taking your own pulse about how the dating process is going for you, and taking a break when you need it.

How many of these mindful dating tips are you already employing, and which do you want to focus more on? Leave a comment below.

Hello Adam
Thanks for sharing this great thing with me.
Really appreciate that
Regards

I have to smile I have been employing most of them..I removed myself for dating sites and have exclusively been looking at one site..in fact, I am taking it slow have found a man that has embarked on a productivity program with me.. even though I have not meet him physically yet we talk several times a week and he has become the perfect accountability partner and is helping me to attain my dreams..I am playing for keeps love or friendship..I am open to new possibilities.

Very helpful article because I’m burned out from dating and swiping. Thanks Adam !

Loved your 12 tips on mindful dating, I have been practicing it, and am talking to someone I usually wouldn’t trying to get to know.