9 Scientifically Proven Ways to Make Him Addicted to You 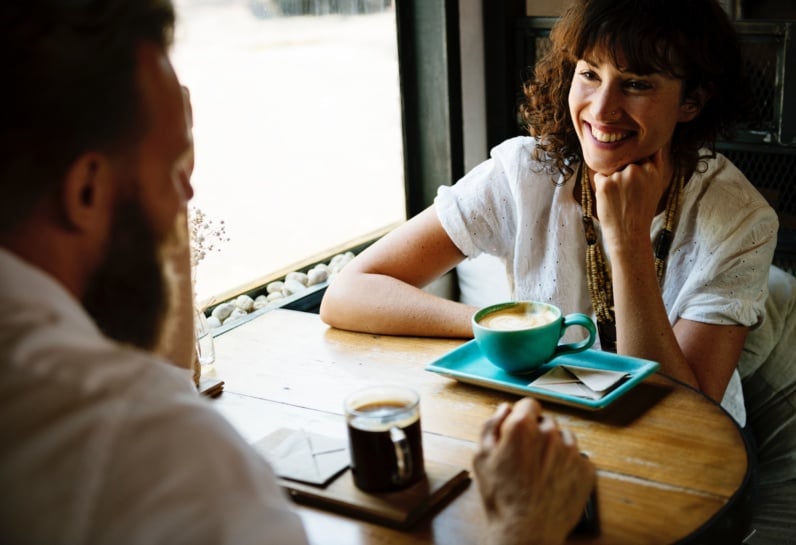 So you’ve just started dating a man who you think has real potential. Now you want to make him addicted to you so he’s just as excited about a future together as you are. But…how in the heck do you do that?

How to Make Him Addicted to You

This guy likes you…but you want to make him addicted to you so that he can’t get enough of your awesome self! But if you are back in the dating pool after years or even decades, you may not feel like you’re on top of your game when it comes to entrancing men.

Allow me to provide a few tips to get you started. Trust me, lady, you got this.

1. Show Him that He Turns You On

Whether you’ve been intimate with this guy yet or are just heading in that direction, he needs to know that he’s got the power to arouse you.

…or what he wears…

…or the way he touches you.

Whatever it is, make sure you let him know that he turns you on. You can tell him so directly, or respond in more subtle (or not so subtle) ways. If he rubs your knee and it makes you purr (go ahead and purr!), caress his arm and smile.

Men—just like women—like compliments, and giving them lets him know you want more of whatever it is that he’s doing to arouse you.

There’s a reason my site is called Sexy Confidence: I truly believe that confidence is the sexiest tool a woman has in her dating tool belt. It goes both ways: think about these two types of men:

One is shy and constantly caves his shoulders in like he’s trying to hide. He’s hard to talk to.

The other always takes up space in the room and makes eye contact with everyone. He smiles a lot and makes you feel like you’re the only woman in the world.

Which one is more appealing? I’m going to guess it’s the confident one. Self-confidence not only helps you lead a happy life, but it also makes you more appealing to others. If he sees how you don’t need his or anyone else’s approval and that you forge your own path, that will make him addicted to you like nothing else.

If you don’t feel 100% in the confidence department, work on it. Everyone is capable of increasing their self-confidence. You just need the right tools and a willingness to change. (Psst, try my 21 Days to Sexy Confidence program)

I almost called this section Make Him Feel Like a Rock Star because that’s kinda what you need to to do make him addicted to you! The thing is, it has to be authentic because if you fake interest, he will sense it immediately.

You can start with active listening. You need to completely dedicate yourself to the conversation. No phones. No looking around the room. He’ll feel your energy if you’re completely absorbed in what he’s saying.

Next, repeat things he’s said. So here’s a scenario:

You: “Vegas, huh? This is your annual trip with your best friends from college, right?”

In this example, you’re showing that you were paying attention when he told you last week about this annual trip. He feels like you’re really paying attention and retaining information. This is irresistible to any man, trust me.

You can also get his opinion. Maybe you’re in a fight with your best friend and you want his insight. Ask his thoughts and thank him for his two cents.

4. Be Vulnerable with Him

When you open up to a man, you’re communicating that you trust him enough to tell him things that you hold dear. That might be about your insecurities, a bad past relationship, or how you feel about him.

Listen, I suspect it might be hard for you to be vulnerable with a man after the experiences you’ve had in past relationships. But if you’re serious about finding love again (and I think you are), then this is something you’re going to have to work on. Not only will it make you irresistible to him, but it will also help you heal past pain and open your heart to new love.

Start by sharing something small with him. It might be how it makes you smile to get a text from him first thing every morning. Gradually open up more and more over time.

You know you’re a catch, don’t you? I hope you do. You may be down because you’ve gone out with other men and it didn’t work out, but let me just set you straight: that had nothing to do with how desirable or wonderful you were or weren’t. It simply wasn’t meant to be with those men.

If this man is worth it, it’s important that you know your own self worth. That will help you boost your confidence, but it will also make him wildly attracted to you.

…because you don’t need this man. You may want him though…:)

When you know that you’re a prize, you let him do the work to win you. Let him come to you. Don’t be so eager that it pushes him away. Go on with your fabulous life, and he’ll want to be a part of it.

6. Be Available…But Not Too Available

This tip on how to make him addicted to you rides the coattails of the last tip. If you’re available every single time he texts, calls, or wants to go out with you, it won’t feel like much of a challenge.

But if you wait to respond to a text or let him know that you’re busy Friday night, he’ll want to become a priority to you so that you allocate more of your time to him.

I’m not at all advocating that you play games with the guy, waiting exactly 1 hour and 13 minutes before responding to a text. I just don’t want you to center your world around hearing from him and immediately responding.

So put your phone on silent. Charge it in another room.

Make plans with your friends. Continue to do the things you love. Fit him in when you have time.

If you’re truly living a full life, it won’t be hard for you to be less available for a man.

7. Let Your Intelligence Shine (Without Flaunting It)

“Adam, I’m smart and I know it. But it feels like men are intimidated by intelligent women, so sometimes I feel like I should dumb myself down to attract a guy. Help!”

This makes me sad. I absolutely agree: some men can’t handle smart (or confident or strong) women, but listen to me: these are not the men for you.

There is a guy out there who will be so turned on by your intelligence, you’ll want to step it up, not hide it. If the guy you’re with is making you feel like he’s threatened by your smarts, he’s not right for you.

While I encourage you to let your intelligence shine, don’t use it as a tool to impress him or give yourself the upper hand. If you start talking about the evolution of phytoplankton and his eyes glaze over, find something else to discuss.

If you’re divorced and dating again, you may feel like you don’t really know who you are. You’re certainly not the girl who last dated in her 20s. I get that you may play around with different dating styles (should you have a casual fling? can you date more than one man at a time?), but deep down, you know who you are.

Let him see your true self. Don’t feel like you need to mask your quirks and weirdness. The right guy will fall in love with you because of those things, not in spite of them.

9. Show You’re Ga Ga for Him in Subtle Ways

Whenever you hear his ringtone, you feel butterflies in your stomach. When you kiss him, you feel like you’re floating. You might feel like these things are obvious to him, but they’re probably not.

So let him know. Share how you feel when you’re with him, and you’ll make him addicted to you.

I could have summed up this entire article in a single sentence:

Make him addicted to you by being who you are.

Because it doesn’t take tricks or makeup or a low-cut shirt to get a guy to want you. If the chemistry is right, the two of you will become addicted to one another, and then you’ll have a beautiful love story together.

So tell me in the comments below: how have you made a man addicted to you?

Need a little more help? Sign up for this webinar that will teach you detailed steps on how to attract a fantastic guy. 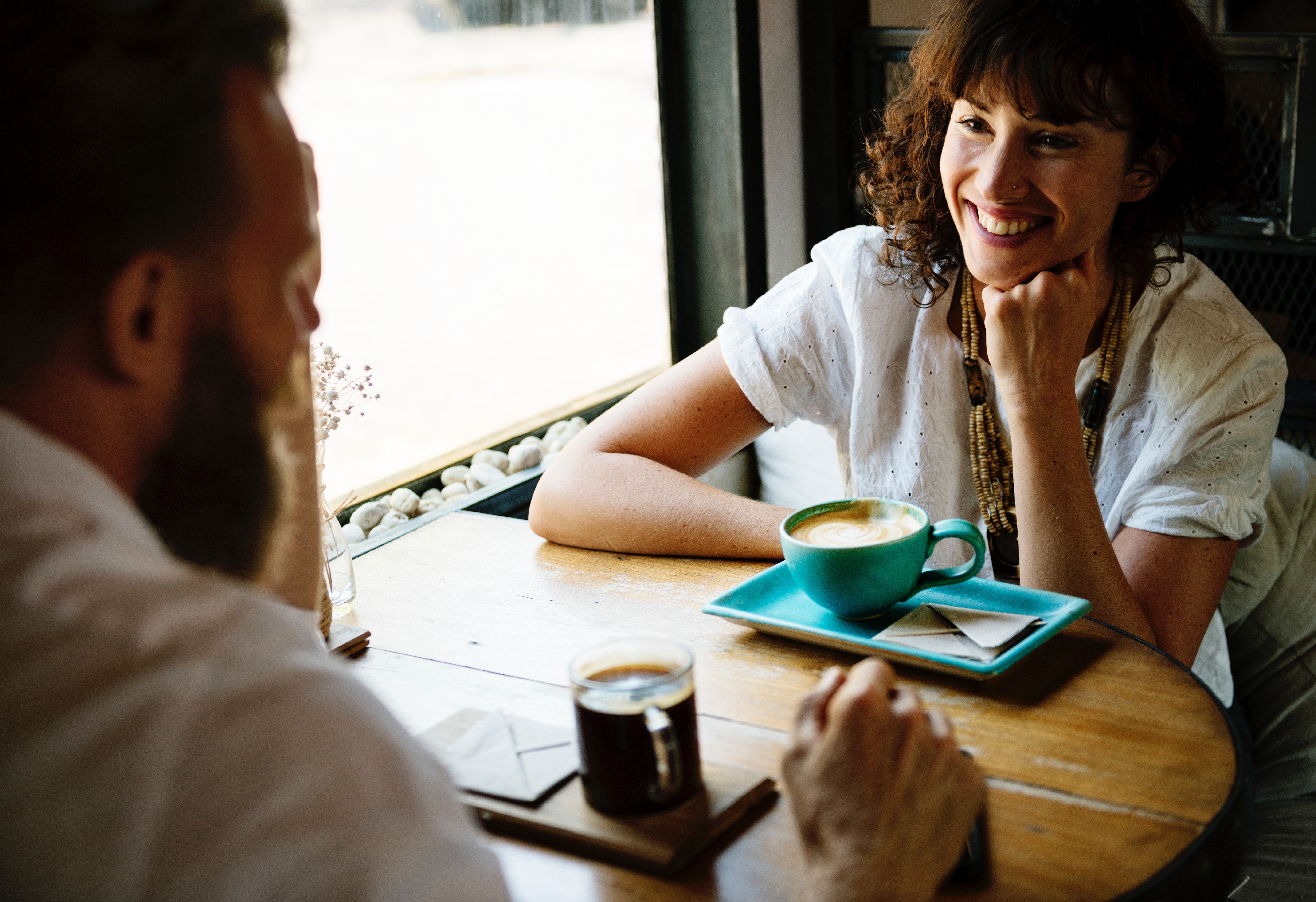 I’ve gotten a man addicted to me in all the ways you have mentioned. I also am a poet and I use my gift of writing to make him genuinely feel special. I also use my talent of cooking and baking. And I take some “ME” time. It always works out well for the most part, because sometimes there are a few undeserving men who manage to get in.

Hey Adam, I’ve read your blog for a while now and I’ve been on your email list for some time. Thanks for all your good work and insight. Here’s my current situation: I’ve been dating a guy for the past 4 months. He’s great. And, yes, I have found him because I am now a more confident woman and have committed to sit with my vulnerability and not run from it. He has joint custody of 3 teenagers. He’s a great father and it’s one of the best things about him. I’ve never dated a man who is as involved… Read more »

Well my situation too, though mine is a bit different as both of us has children.he is a busy person and I am a busy person too , therefore, I make myself available whenever I have time ,our programs are too tight so it’s important to utilize the time every it presents itself so that I don’t feel neglected and seek attention from somewhere else.hence it’s better to make use of the the time wisely. Thanks

This 9 tips would be a lot for you to make sure that you man is addicted to you.

Wao it was mi pleasure to make him addicted, hahaha, he likes n enjoys it wen I mourns around him,, n also mi food made him addicted as well